At a regular press conference on the 16th, Japan Coast Guard Secretary Takahiro Okushima announced that he intends to include the necessary expenses for the introduction of large unmanned aerial vehicles in the budget request for the next fiscal year in order to strengthen the offshore surveillance function. "We are preparing for the early start of operation," he said.

According to the Japan Coast Guard, the market is currently being researched by domestic and overseas manufacturers, and the large unmanned aerial vehicles to be introduced, costs, schedules, etc. are being considered.

From October to November last year, Kaiho conducted a demonstration experiment of a large unmanned aerial vehicle based at Hachinohe Airfield in Hachinohe City, Aomori Prefecture. With a budget of about 900 million yen, I used one Sea Guardian (MQ-9B) from General Atomics of the United States. 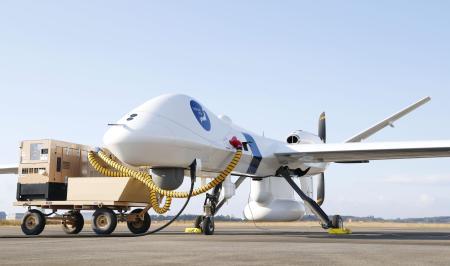