KARACHI:
When Fawad Alam hit the winning runs at the National Stadium in Karachi on Friday, usually the stadium would have erupted in thunderous applauds from the crowd for the home team, but Covid-19 took that chance away from the country’s cricket fanatics and the players too. However, Pakistan still bagged not one, but two wins– they beat South Africa in the Test and also hit terrorism out of the park.

When the Sri Lanka team bus was attacked in 2009, people had completely ruled out any chance of international cricket ever happening in Pakistan.

For good six to seven years, the fears of the Pakistani cricket fans that international cricket may never return to the country turned into a horrific reality. Pakistan’s home matches were happening in the UAE and the Men in Green had lost all hopes for ever playing in front of the home crowd.

However, the introduction of the Pakistan Super League came as blessing for Pakistan as a country and its cricketers. On the one hand, the league gave young and emerging cricketers a chance to put their talent on display for the world, while on the other, it gave the Pakistan Cricket Board a chance to bring international stars to Pakistan, who would eventually serve as the ambassadors and put out the message that Pakistan is a safe country to visit and to play cricket.

When Lahore hosted the final of the Pakistan Super League’s third edition, many were sceptic about the country’s ability to host anything with a longer duration. They said that flying players in and out for a single T20 is easy, but making them agree to a month-long, even a 15-day tour would be impossible.

But the security forces and law-enforcement agencies assured the PCB that they would help turn the dream of hosting multiple format series a reality, and they did.

Pakistan’s biggest victory against the naysayers and terrorists, who wanted to portray the country as unsafe, came when Sri Lanka visited Pakistan for a full series. The visit sent out a perfect statement, thanks to the Islanders, that Pakistan was not backing out of the war against terrorism and that it would do anything to make the country safe again.

And now, with the South African team visiting Pakistan for Tests and T20Is, the message is pretty clear – Pakistan is now open for business.

Another aspect of this story is that the Pakistani players who had started their careers during Pakistan’s time in the wilderness, were hungry to play in front of their fans at home. The pandemic stole that opportunity from them in the current South Africa series.

However, just the feeling of playing on the home ground and the advantages that come with it in the cricketing sense were there to take, and Pakistan grabbed it with both hands. A comprehensive seven-wicket win over one of the powerhouses of Test cricket – South Africa – is a testament to the fact that Pakistan were missing the home advantage.

With the return of cricket on the nation’s own soil, Pakistan can now build a fortress where they will be invincible like all other nations are on their home soils.

Pakistan’s win over South Africa must have tasted sweeter than normal as the last time the Men in Green faced the Proteas at the National Stadium of Karachi was in 2007, the hosts were defeated in a sound manner by the visitors. A win would have helped them feel avenged.

It also helped them add one more victory to their tally. Pakistan and South Africa have played 27 Tests between them and this was the fifth time the Men in Green beat the Proteas. They are still far away from matching the 17 wins that South Africa have in their kitty, but let’s just consider this a start to a lot of good things to come. 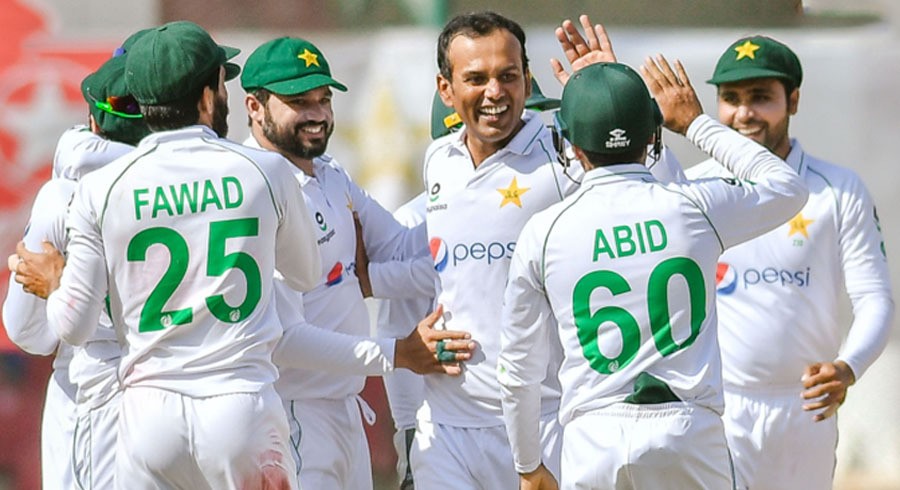