The British Royal Navy is testing out jetpack assault teams 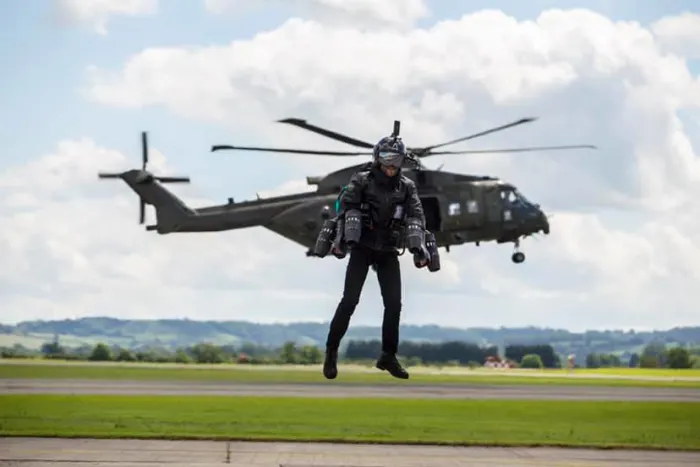 Gravity Industries tests out one of its jet packs in front of a Merlin helicopter.

For decades, science fiction has been telling us that jet packs are right around the corner. But, while it seems there’ll still be some time before any of us are using them to get to work, the UK and US have been experimenting with jet suits for a number of applications, including defense.


Of course, this isn’t the first time Gravity Industries’ jet packs have been spotted flying around Royal Navy ships. That’s fitting, seeing as Gravity Industries’ founder Richard Browning served in the British Royal Marines prior to beginning his new life as a jet pack mogul. Last year, he had the opportunity to fly his 5-engine jet pack suit around the pride of the Royal Navy, the HMS Queen Elizabeth.

While the Royal Navy hasn’t announced any plans to adopt these jet packs for military purposes, both the Royal and U.S. Navies have acknowledged that they’ve been in contact with Gravity Industries. According to Browning himself, he’s already met with members of the U.S. Special Operations command — specifically, the Navy SEALs — to discuss what capabilities his jet packs could offer.