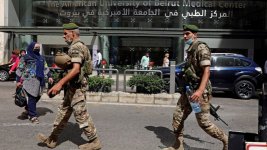 The monthly salary of a Lebanese soldier is $80, at the black market exchange rate

The Lebanese army is appealing to world powers to help it survive an economic collapse, which has left its soldiers "suffering and hungry".

The Lebanese pound has lost 90% of its value since 2019, which has led to a significant decline in the value of soldiers’ salaries and the army’s budget.

The army is not asking for money from the donors' conference organized by France today, but food, fuel, medicine and spare parts.

The army is one of the few institutions in Lebanon that is seen as a unifying and stabilizing force in the deeply divided country.
The army has a reputation for impartiality and broad support from all eighteen recognized religious groups, as well as many political factions.
Western powers also view the army as a counterweight to the powerful Shiite movement Hezbollah, which is backed by Iran and refuses to disarm.

A French Defense Ministry official told reporters that "the Lebanese army is the pillar of Lebanon and is keen that the security situation in the country does not deteriorate, so it is in the immediate interest to help it carry out its mission."

Today, Thursday, France organized a donors' conference after the Lebanese Army Commander, General Joseph Aoun, made headlines last March when he warned that his soldiers "suffer and starve like the rest of the people."

He also openly criticized Lebanese political leaders, who have been unable to agree on the formation of a new government since the resignation of interim Prime Minister, Hassan Diab, after the devastating explosion in the port of Beirut last August. Aoun asked them: "Where are we going? What do you intend to do?"

General Aoun said in a speech he delivered last Tuesday: "We are compelled to resort to the allied countries to secure assistance, and I am ready to go to the end of the world for assistance so that the army can stand on its own two feet."

A source close to the French defense minister told AFP that the Lebanese army had a "very special need" for milk, flour, medical supplies, fuel and spare parts for military equipment.

And the United States announced last month that it would increase its funding to the Lebanese army for this year, from 15 to 120 million dollars.

The World Bank recently warned that Lebanon is suffering from a severe and prolonged economic recession, possibly the third worst recession the world has witnessed since the mid-nineteenth century.

The bank explained that the depreciation of the lira led to a rise in inflation, which averaged 84 percent last year.

It is believed that more than half of Lebanon's population lives below the national poverty line, with the bulk of the workforce suffering from a collapse in purchasing power. An increasing proportion of families face difficulty in accessing basic services, including health care.

This has lowered the morale of the army, which has seen its total number drop by more than 3,000, to 80,874 at the beginning of this year, according to Aram Nergizian, a researcher at the Carnegie Middle East Center.
Source(in Arabic): 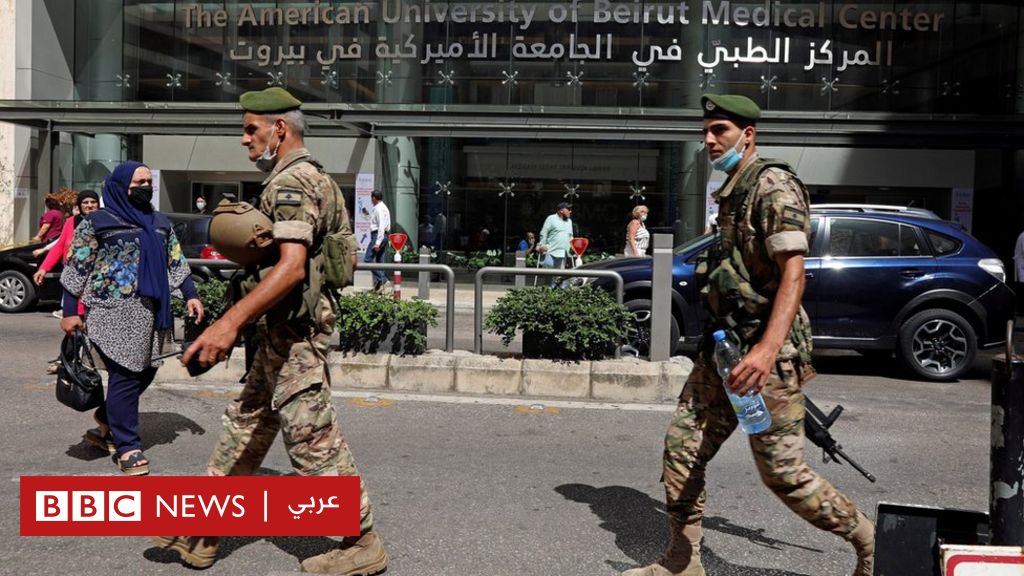