The major air forces in the world are developing or looking to procure next-generation fighter aircraft that will serve them for years to come, providing superiority in air combat domain. With the emergence and increasing use of digital and innovative technologies, countries are looking for next-level fighter jet capabilities. 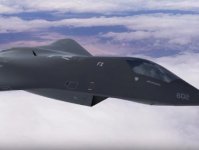 Also known as Next-Generation Air Dominance (NGAD) or Penetrating Counter Air, the future aircraft is expected to have longer range and larger payloads, as well as the ability to carry hypersonic weapons. The USAF has not yet chosen the manufacturer for the six-generation fighter aircraft and information about the capabilities of the F/X into public domain is currently not available.
Under the NGAD programme, the USAF aims to develop advanced capabilities such as connected air warfare systems including fighter aircraft, drones and networked platforms. Aimed at boosting air superiority, the programme could see the F/X fighters provide significantly enhanced stealth capabilities and work in coordination with unmanned vehicles.

The USAF has reportedly recently designed, built and tested a prototype of the new fighter jet. The demonstrator was developed and flown in a year. It remains unclear who designed and developed the prototype, but it is understood that advanced manufacturing technology was used to develop it. If the programme progresses at a rapid pace through streamlined processes and the use of technology, the fighter jet could join the USAF earlier than the planned 2030 timeline. 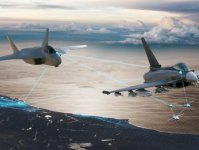 Dassault is the primary contractor for the NGF aircraft, while Airbus is its main partner. Image courtesy of Airbus S.A.S.
A joint programme between Germany, France and Spain, the Future Combat Air System (FCAS) will deliver a next-generation fighter (NGF), which will operate as part of a manned-unmanned teaming formation with attack and surveillance drones, known as ‘remote carriers’.
All the manned and unmanned elements will be connected by a combat Cloud that will be powered by artificial intelligence (AI). The air forces will be able to operate the FCAS sixth-generation aircraft at a safe stand-off distance while deploying the remote carriers in dangerous areas to deal with threats.

Key capabilities of the aircraft will include improved survivability with active and passive stealth features, enhanced situational awareness through advanced avionics and sensor suite. The fighter jet will also provide greater manoeuvrability, speed, and range, thanks to powerful engine and advanced flight control system. The aircraft will be installed with novel effectors to ensure increased firepower, including stand-off kinetic loads, directed energy weapons, and electronic warfare capabilities.

Dassault Aviation and Airbus were awarded a joint concept study (JCS) contract by the French and German governments for the FCAS programme in February 2019. Dassault, Airbus and partners won the initial framework contract (Demonstrator Phase 1A) for the programme in February 2020.
Dassault is the prime contractor for the NGF and Airbus is the main partner. Airbus will collaborate with MBDA for the remote carriers and Thales for the combat Cloud system while Safran and MTU Aero Engines will work on the engines. According to the current schedule, prototype testing will commence in 2026 while service entry is scheduled for 2040. 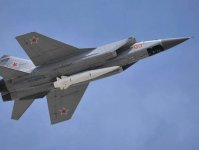 MiG-41 is the successor of the MiG-31 interceptor. Image courtesy of kremlin.ru.
Russia’s new sixth-generation aircraft MiG-41, also known as PAK-DP, is a future interceptor that will be able to operate at extremely high altitudes at speeds exceeding Mach 4. The MiG-41, a long-range interceptor, is touted to be a replacement for the ageing MiG-31 interceptor.
Being developed by Mikoyan (MiG), the fighter will be equipped with an interceptor missile system that will provide the capability to intercept hypersonic missiles. The aircraft could be modified to create an unmanned variant in future.
The new interceptor is expected to be equipped with long-range air-to-air missiles, advanced target search and detection equipment, and stealth technology. The Russian Air Force is anticipated to induct the MiG-41 in the 2030s. 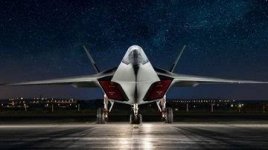 Tempest future fighter jet is being developed under a UK-led joint programme with Sweden and Italy as partners. Image courtesy of Leonardo.
Tempest is a next-generation combat air system with a future combat aircraft at its core. Launched by Britain in 2018, the Tempest fighter jet project is a trilateral cooperation between the UK, Italy, and Sweden.
The combat aircraft will enter service with the Royal Air Force (RAF) in 2035 as a replacement of the Typhoon fighter. It will have an adaptable architecture suitable for a range of operations, with provision to change software and hardware according to mission needs. Other key features include an advanced flight control system, enhanced survivability, and scalable autonomy.
Equipped with advanced technologies such as futuristic wearable cockpits using gaming technology, eye-tracking technology, and augmented reality, the aircraft will serve the RAF for the next 60 years. Other technologies to be incorporated in the aircraft include stealth, optional manning, directed-energy weapons and hypersonic weapons.
The aircraft’s ability to exchange data with multiple platforms will provide armed forces with a comprehensive picture of the future battlespace. It will use swarming technologies to control drones while the Cooperative Engagement Capability will allow the platforms to coordinate during attack or defence operations. A futuristic radar technology, known as a multi-function radiofrequency system, being developed for Tempest will be able to provide over 10,000 times more data than existing systems. It will deliver significant advantage in combat situations through the ability to locate and target enemy platforms beforehand.
The industry team involved in the development of the future fighter jet includes BAE Systems, Rolls Royce, MBDA, and Leonardo. The 3D model of the Tempest aircraft was unveiled in July 2020. 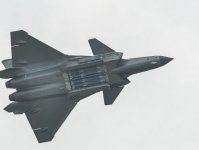 China’s new future fighter jet will offer more advanced capabilities compared with the J-20 aircraft. Image courtesy of emperornie.
China is working on the development of a new fighter jet with sixth-generation capabilities such as commanding drones, stealth capability, and AI. The future aircraft is also likely to feature hypersonic weapons, laser, and swarm warfare capabilities.
The aircraft will provide improved capabilities compared with the country’s J-20 and J-31 aircraft. It is expected to be ready for operations by 2035.
A 6,620t wind tunnel, built to support the new fighter aircraft programme became operational in May 2020 by performing a flow field test for an undisclosed new aircraft.