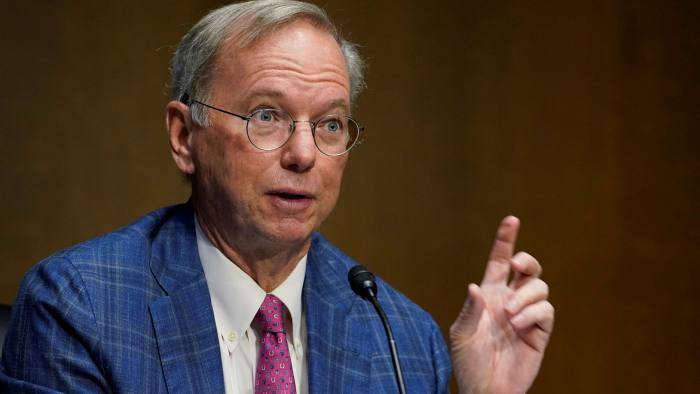 Eric Schmidt, the former Google chief executive, is the chairman of the US National Security Commission on Artificial Intelligence © AP

The US risks losing its superiority in semiconductors that are critical for commercial and military success because of its reliance on Taiwanese chip manufacturers, a congressionally mandated commission has concluded.

After a two-year study, the National Security Commission on Artificial Intelligence said the US needed to build a “resilient domestic base” for designing and making semiconductors. “We are very close to losing the cutting edge of microelectronics which power our companies and our military because of our reliance on Taiwan,” said Eric Schmidt, the former Google chief executive who chairs the commission.

Bob Work, a former deputy defence secretary and commission co-chairman, said the reliance on Taiwan was dangerous because of the threat China poses to the country, which Beijing views as a renegade province. Work said the US enjoyed a “two-generation lead” over China in terms of semiconductors, but needed to act quickly to avoid losing that edge.

“We’re 110 miles away from going from two generations ahead to maybe two generations behind,” Work said, in a reference to the distance from Taiwan to China. “If China absorbed Taiwan . . . that would really be a competitive problem for us.”


The White House last week launched a review of critical supply chains that will look partly at semiconductors. Donald Trump also took steps to reduce US reliance on overseas chip manufacturing, including by persuading TSMC, a Taiwanese foundry company, to build a facility in Arizona.

The 756-page report outlined areas where AI could help the US and its consumers, but warned that its potential coincided with “a moment of strategic vulnerability” as China invests in advanced technologies.

“Despite our private-sector and university leadership in AI, the US remains unprepared for the coming era,” it said. “China is a competitor possessing the might, talent and ambition to challenge America’s technological leadership, military superiority and its broader position in the world.”

The commission said China wanted to offset US conventional military superiority by “leapfrogging” to new technologies and was already “training AI algorithms in military games designed around real-world scenarios”. “China is already an AI peer, and it is more technically advanced in some applications.

Within the next decade, China could surpass the US as the world’s AI superpower,” the commission warned. The commission said the US government needed to dramatically boost funding for AI research and recommended that the White House create a “Technology Competitiveness Council”, mirroring the move to create the National Security Council after the second world war.


The commissioners also stressed that America needed to develop more homegrown talent. It said the number of US-born students in AI doctorate programmes had not increased over the past three decades. The report said allowing China to win the AI race would create geopolitical challenges and help it use “techno-authoritarianism” to coerce other countries. Andrew Moore, head of Google Cloud AI and one of the commissioners, pointed to surveillance technology as an example of the China threat. “We are concerned that the Chinese have basically been running massive experiments on, frankly, very Orwellian technology,” he said.

Taiwan loses 3,000 chip engineers to 'Made in China 2025'
Beijing rolls out red carpet with triple the pay and benefits 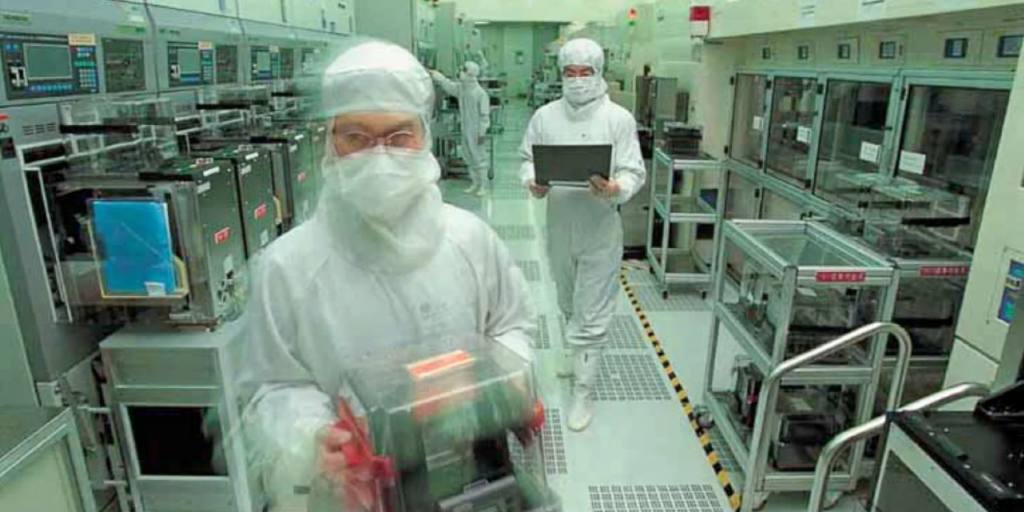 Beijing rolls out red carpet with triple the pay and benefits