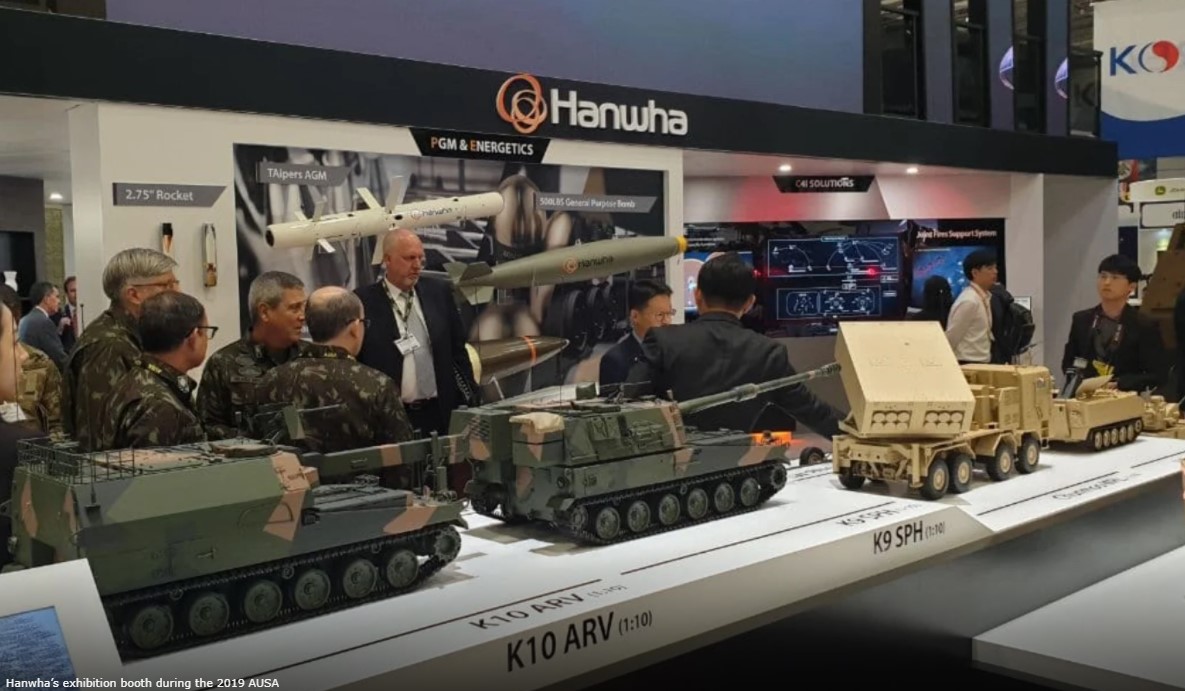 On Tuesday, South Korean defense contractor Hanwha has announced that it signed a major agreement with the U.S. military on collaborative research and development of key defense items and technologies.

The CRADA is a cooperative mechanism that enables a US Government activity to work with academia, industry, and other non-government entities on research and development. Hanwha is the first Korean company to enter into this type of agreement with the US Army.


“This is a historic and exciting opportunity,” said Retired US Army Lieutenant General Bernard Champoux, head of Hanwha’s US defense operations. Champoux had served as commander of the 8th US Army. “It not only acknowledges the quality of the Republic of Korea’s growing defense sector, but also further strengthens the bilateral US-ROK relationship and the Alliance.”

The agreement came as a result of the visit by a senior delegation from DEVCOM AC to South Korea in November 2019 for discussions with Hanwha. Both parties shared their interest in jointly developing capabilities for the US and other international military markets, with potential commercial spin-off applications.

Under the agreement framework, Hanwha and DEVCOM AC will conduct research and development of defense equipment and technologies through exchange of resources, technical expertise and intellectual properties. The outcomes of their joint projects will serve to greatly assist both countries’ needs for next-generation weapon and ammunition solutions. 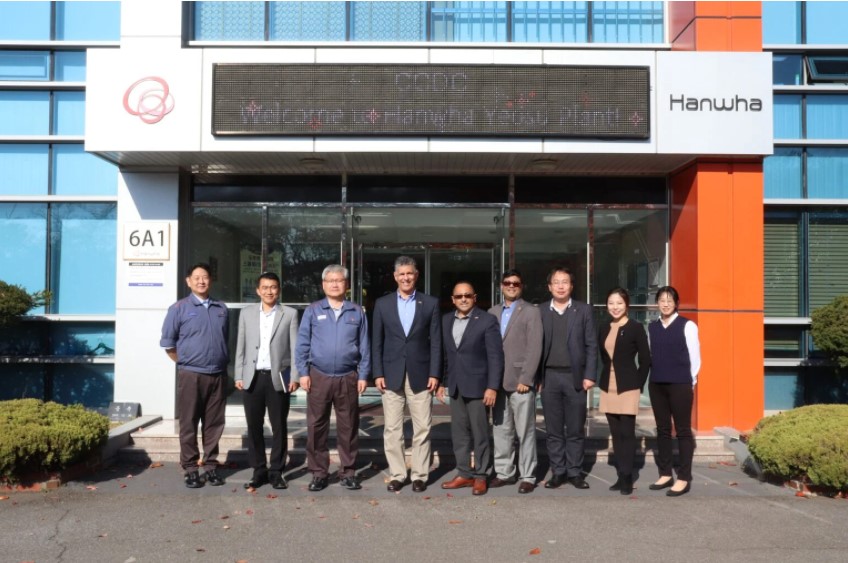 Delegates from DEVCOM AC pose with officials of Hanwha Corporation while visiting Hanwha’s facility in Yeosu in November 2019.


For Hanwha, this agreement is yet another step in demonstrating its commitment to US defense stakeholders and the US economy by facilitating transfer of technologies that can be incorporated into the American industrial base.

The CRADA comes on the heels of Hanwha’s recent success in Australia’s high-profile army modernization programs, including LAND 400 and LAND 8116, for which Hanwha Defense-built Redback Next-Generation Infantry Fighting Vehicle and K9 Huntsman Self-Propelled Howitzer have been either shortlisted or nominated as preferred systems.

Hanwha Corporation has its foundation in the development and production of energetics with 68 years of accumulated expertise. The company is recognized for its modernized production of explosives propellants, and advanced precision guided munitions for the Republic of Korea and numerous allied nations.

On Tuesday, South Korean defense contractor Hanwha has announced that it signed a major agreement with the U.S. military on collaborative research and development of key defense items and technologies. According to a company news release, the Cooperative Research and Development Agreement...

Kim pointed out that unity among nations is "more important than ever before" given the "complicated" security landscape in the world. Herem called for continued bilateral cooperation.

Kim also asked for Estonia's continued support for Seoul's efforts to achieve denuclearization and lasting peace on the Korean Peninsula, according to JCS. 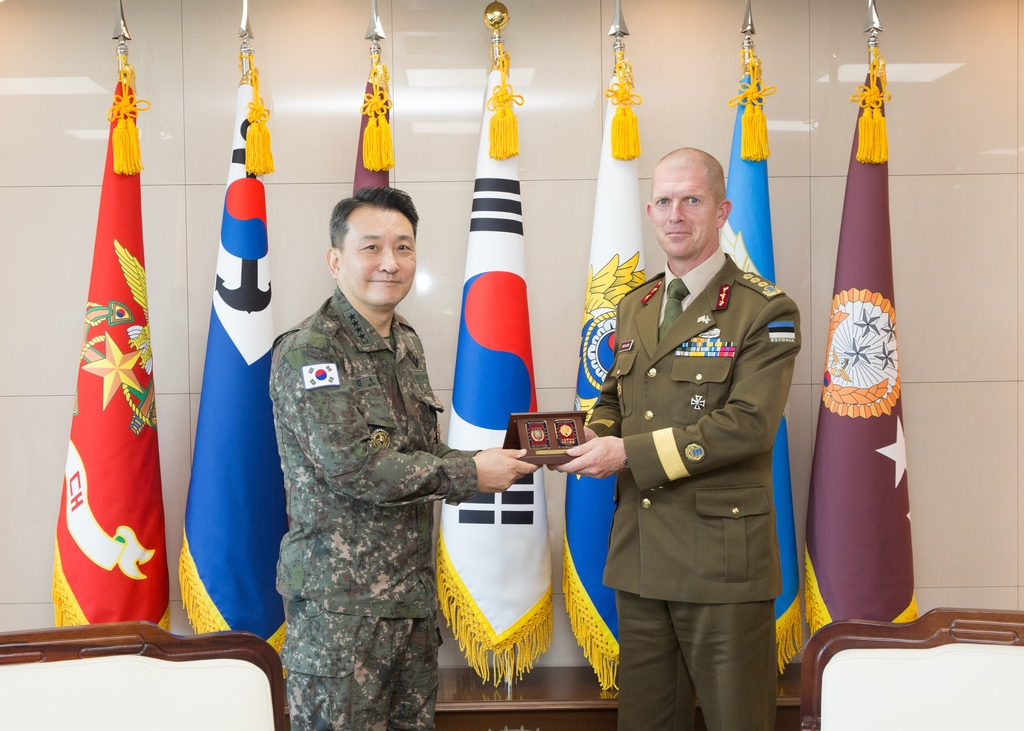 JCS Chairman Gen. Kim Seung-kyum (L) and Estonian Defense Forces Commander Lt. Gen. Martin Herem pose for a photo as they meet for talks in Seoul on Sept. 22, 2022, in this photo released by Kim's office. (PHOTO NOT FOR SALE) (Yonhap)

This thread is strictly for news and discussion regarding general export and foreign cooperation that cannot be posted in individual weapons systems threads. About the export of weapons themselves, please refer to their respective threads.
Last edited: Dec 16, 2022

Nilgiri said:
We will also build on the Army’s modernisation programme – at pace. Specifically on artillery, I am accelerating our Mobile Fires Programme. So instead of delivering in the 2030s it will do this earlier this decade. I have also directed that, subject to commercial negotiation, an interim artillery capability is to be delivered.
Click to expand...

UK defence contact of mine was telling me earlier that this will likely be addressed by UK by purchasing K9 from Korean stocks. 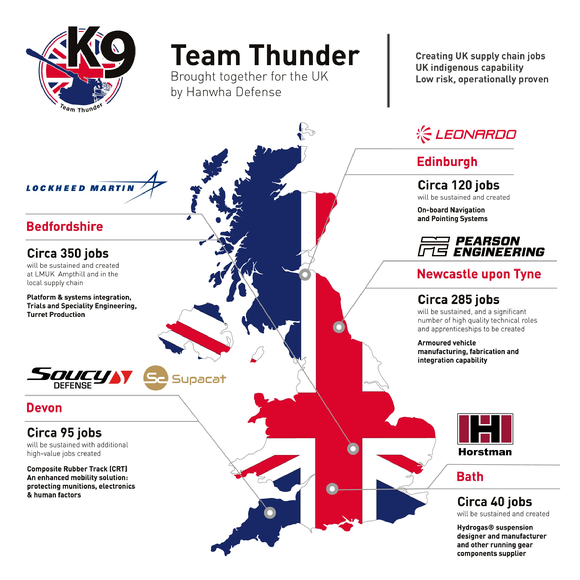 Yes, but his reasoning is the wording used by UK Def Min lately regarding "interim" artillery capability need ....and the expedience regarding that now exacerbated by AS90 being sent to Ukraine.

i.e K9 is pretty much only one with available stocks at short notice implied by UK Def Min.

If that is what is acquired at short notice, the full capability production will most definitely be K9A2 at that point going forward.
C