China In an EV world, Europe’s automakers are even more reliant on China

VW Boss Says Inflation Would Explode Without China, Germany Underestimates How Much Its Prosperity Depends On The Chinese Market​


He said that without the Chinese market – which accounted for 3.3 million VW sales last year, including its electric ID.4 model – inflation would explode​ 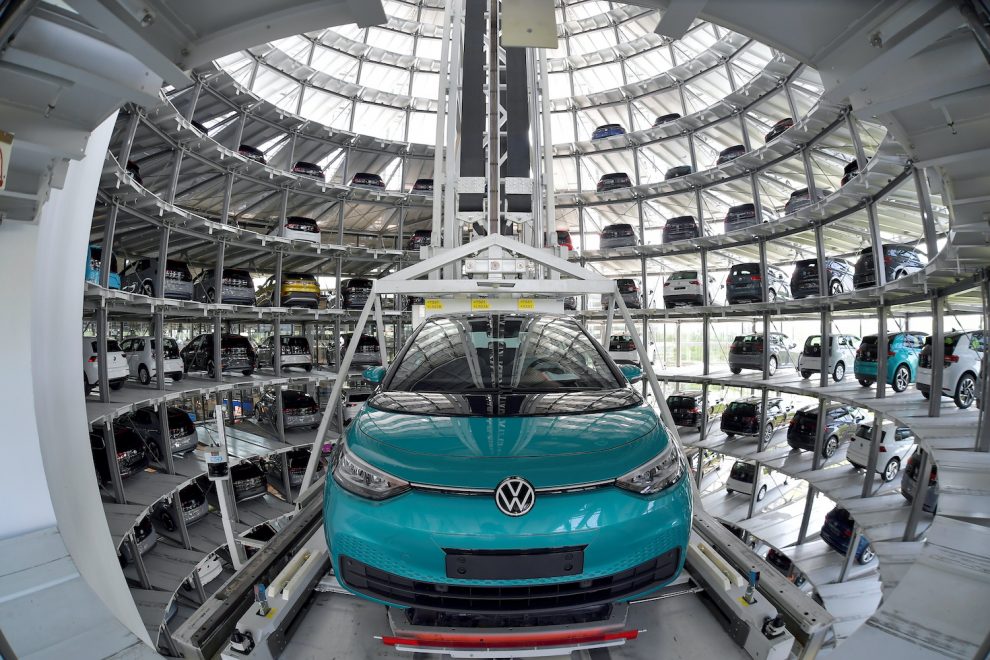 He said that without China – which accounted for 3.3 million VW sales last year, including its electric ID.4 model – inflation would explode, and warned of dangers to the global economy from geopolitical confrontation. 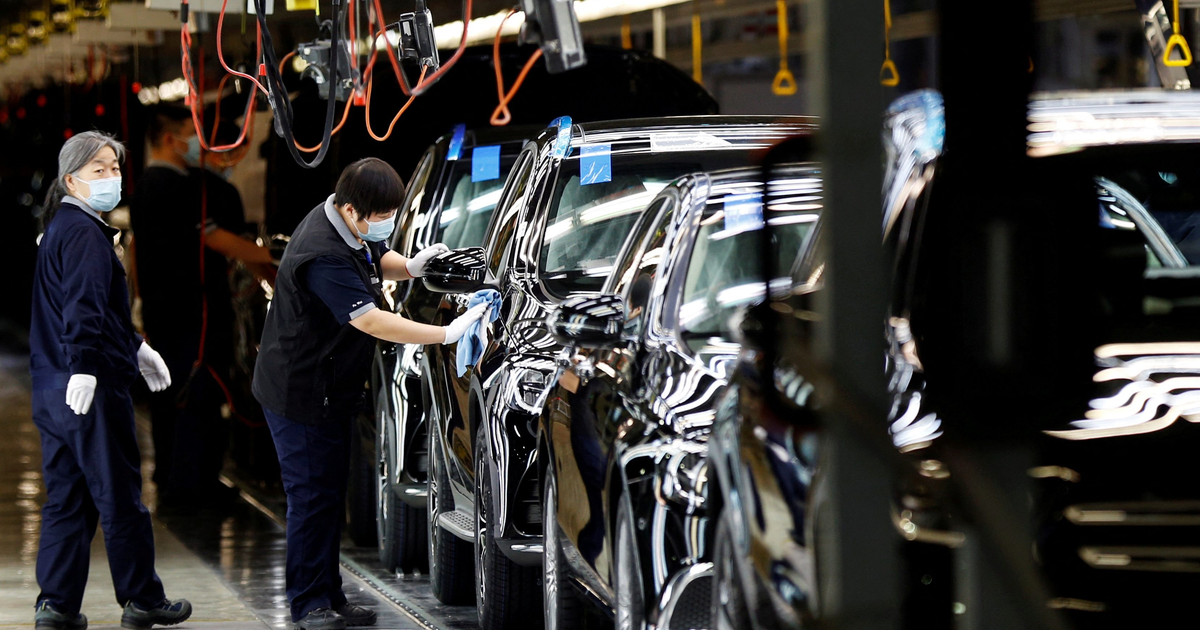 In an EV world, Europe’s automakers are even more reliant on China

The three German carmakers are doubling down on China to fuel their electric vehicle ambitions. 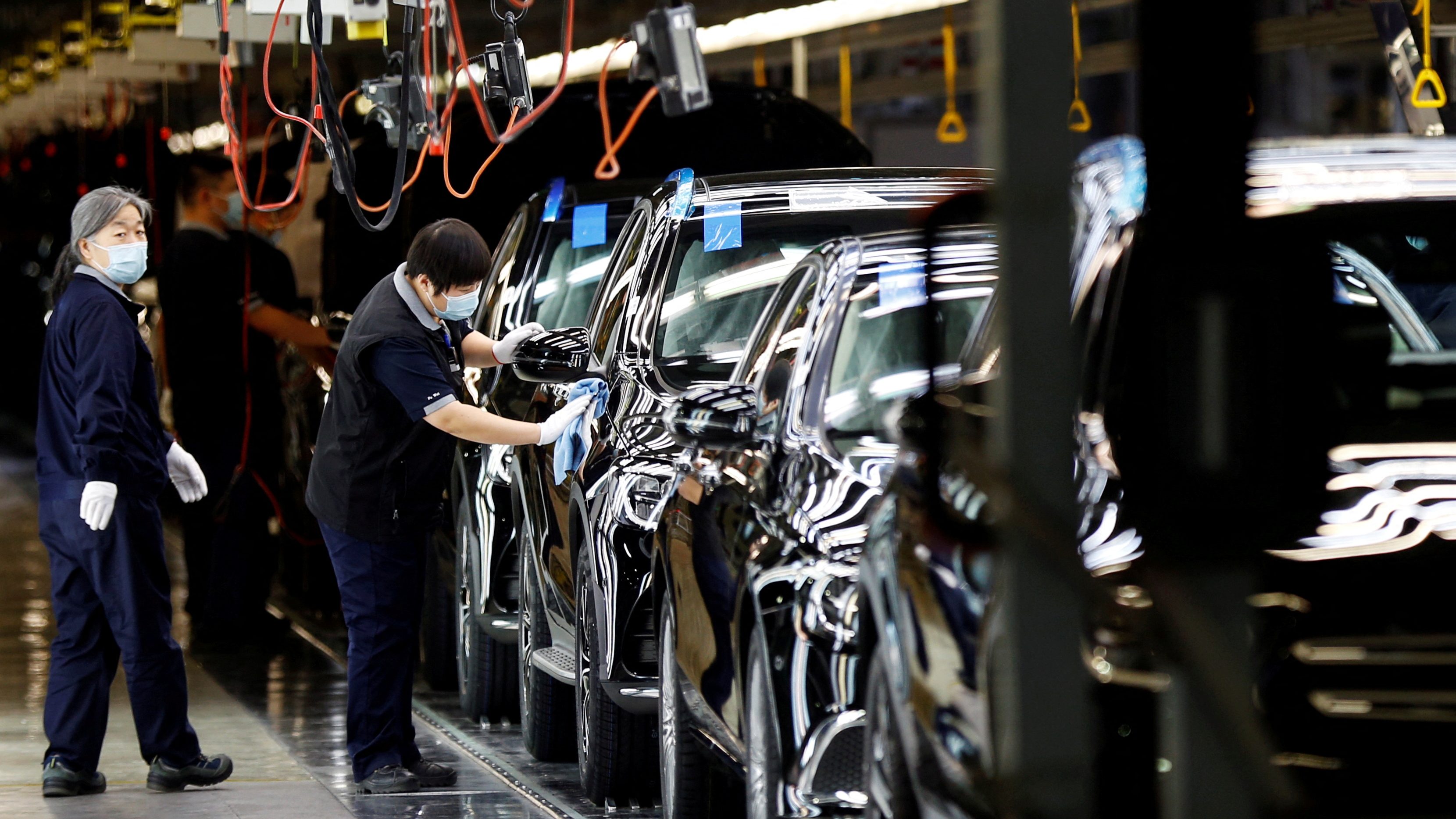 Vroom for growth?
FROM OUR OBSESSION
Because China
China is striving for global leadership, and has the economic clout to realize its vision.
https://qz.com/author/marykmhui/
July. 1 2022

Three major German carmakers have separately made announcements this month that underscore just how important China is to their electric vehicle ambitions.
Mercedes-Benz has just kicked off production of its all-electric EQE model at its factory in Beijing. Soon after, BMW officially opened a new factory in the northeastern city of Shenyang. Days after that, Audi broke ground on a new manufacturing plant in the northeastern city of Changchun.

The companies’ back-to-back announcements caught the attention of Chinese media. “The three major German luxury car makers…simultaneously held a new factory production or groundbreaking ceremony in China, something that has not happened in the past decade or so,” noted the Economic Observer (link in Chinese), a business newspaper.

But more than anything, the recent developments show the degree to which the European auto companies see China as indispensable to their plans to be major EV players.

Mercedes-Benz, for instance, plans to be all-electric by 2030. Audi will end production of internal combustion engine cars by 2026. And BMW expects sales to be 50% EVs by the end of this decade.

To achieve those goals, they will need a lot of minerals, capacity to process those minerals, and batteries. Setting up production in China, which dominates the EV supply chain, places the carmakers in proximity to all those inputs.

Of course, it also means significant dependence on a country with which Europe’s relations are increasingly strained.


Volkswagen, Audi’s parent company, illustrates the risks of relying on authoritarian states. The group relies on China for at least half its annual net profits, according to the Financial Times. And it has consistently defended its operations in Xinjiang, where China is accused of carrying out human rights abuses on a massive scale.

That’s now an increasingly difficult position for Volkswagen. In May, the German government denied the group investment guarantees for projects in China over human rights concerns. Earlier this month, Germany’s largest trade union questioned the company’s continued presence in Xinjiang. A major shareholder has also called on the firm to scrutinize the human rights abuse allegations.

Despite European automakers’ recent announcements, the tide may well be slowly turning against businesses’ heavy dependence on China.

“It’s a bellwether for a bigger change that’s coming,” says Gregor Sebastian, an analyst at the German think tank Mercator Institute for China Studies (MERICS), referring to the rejection of investment guarantees for Volkswagen. “This automatism that what is good for [German businesses] abroad is good for Germany at home—I think that’s gone.”

Meanwhile, disruptions from China’s zero-covid policies are forcing firms to reconsider their operations there. A recent survey by the European Chamber of Commerce showed that nearly one in four European firms are considering shifting out of China (pdf, p.12).

But for now, money talks. And for Germany’s carmaking trio, there’s a lot of money still to be made in China.

In an EV world, Europe’s automakers are even more reliant on China

The three German carmakers are doubling down on China to fuel their electric vehicle ambitions.

Basically the vast majority of those German companies wanting or already pulling out of China are those that haven't been able to draw a single cent of profit since their initial investment in China - especially those having invested since 2000. Simply due to poor management and not recognizing Chinese market/consumer demands.
Others are those that never realized the importance of investments towards automation manufacturing processes - and instead foolishly relied on cheap labor.

Every German or foreign company with a competitive product or R&D potential - that decided to leave China was taken over by Chinese investors.

For the next ten years there are no alternative markets were large investments could pay off. Until then China will still remain the main hub for production and sub-suppliers for OEM's. After that it depends on the next future outlook of the Chinese market - China's political stance and if those future outside markets actually develop towards present forecast-projections and hopes.
You must log in or register to reply here.
Share:
Facebook Twitter Reddit Pinterest Tumblr WhatsApp Email Share Link