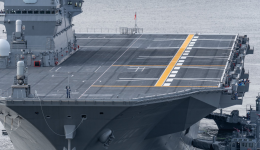 JS Izumo's flight deck showing new markings on the flight deck. These are linked to the future operation of F-35B. Picture by Japanese ship spotter @Alsace_class


On June 25, 2021, the Japan Maritime Self-Defense Force (JMSDF) DDH Izumo arrived at its home port, Yokosuka in Kanagawa Prefecture, after a year and three months of modifications.​

Yoshihiro Inaba 20 Jul 2021
The first phase of the modification work to operate F-35B is now complete.

This modification is intended to add F-35B operational capability to the Izumo, and was carried out in conjunction with the large-scale scheduled maintenance that will be performed every five years at the Japan Marine United (JMU) shipyard in Yokohama starting in March 2020. The modification of the Izumo is a two-stage process, and in the first stage of the modification, the yellow lines necessary for launching F-35Bs were drawn on the flight deck from the stern to the bow, and it is thought that heat resistance coating was also applied.

The Ministry of Defense (MOD) has earmarked 3.1 billion yen (about $28 million) in its FY2020 defense budget to modify the Izumo. The second phase of modification is scheduled for the end of FY2024, when the next scheduled maintenance will take place, and additional modification costs will be included in the defense budget at that time. In this second modification, the bow shape of the Izumo will be changed from the current trapezoidal shape to a rectangular shape to make it easier to operate the F-35B, and other changes to the ship’s interior compartments are also planned.


https://twitter.com/i/web/status/1415974723238785024
Meanwhile, the Japan Air Self-Defense Force (JASDF) is planning to introduce a total of 42 F-35Bs and will acquire 18 of them by FY2023. Furthermore, on July 16, 2021, Japan’s Defense Minister Nobuo Kishi announced the selection of Nyutabaru Air Base in Miyazaki Prefecture, Kyushu, in southwestern Japan, as the site for the deployment of F-35Bs. According to the Mainichi Shimbun, a major Japanese newspaper, six F-35Bs will be deployed in FY2024 and two in FY2025, eventually forming a single squadron consisting of about 20 aircraft. The base is located in close proximity to the Southwest Islands, including Okinawa, and JMSDF’s Kure Base in Hiroshima Prefecture, which is Kaga‘s home port, making it an ideal location for remote island defense and cooperation with Kaga.

However, full-scale operation of the F-35B in the JASDF will not begin for several more years after deployment, and the F-35B will not be operated in the Izumo class until then. Therefore, it is expected that the U.S. Marine Corps’ F-35Bs will first be used for operational training on the modified Izumo, where the JMSDF will learn the operational know-how of the F-35Bs, and eventually the JASDF’s F-35Bs will be used for landing and taking off. 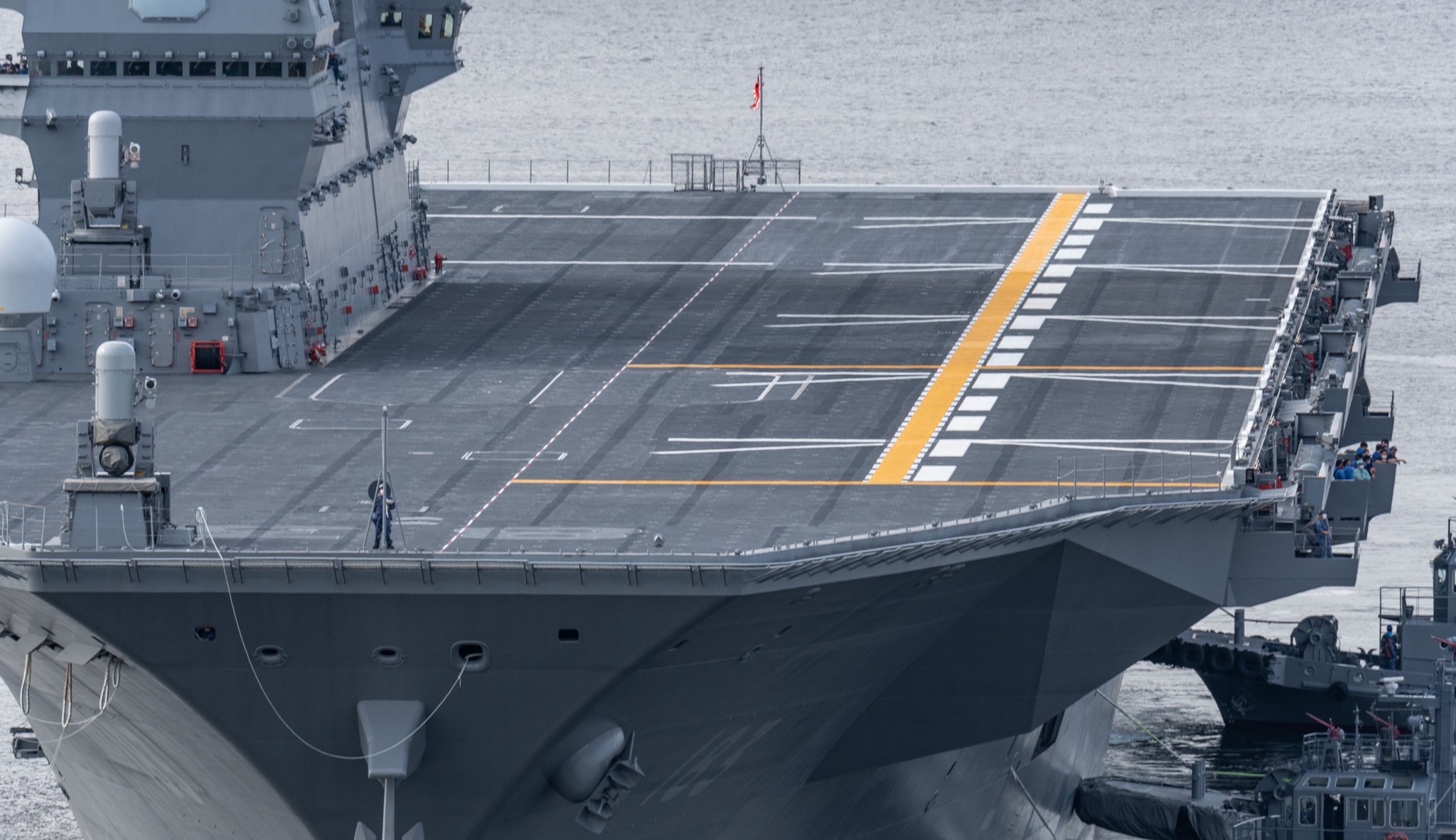 On June 25, 2021, the Japan Maritime Self-Defense Force (JMSDF) DDH Izumo arrived at its home port, Yokosuka in Kanagawa Prefecture, after a year and three months of modifications.