According to a French Navy statement, this joint training had several objectives: 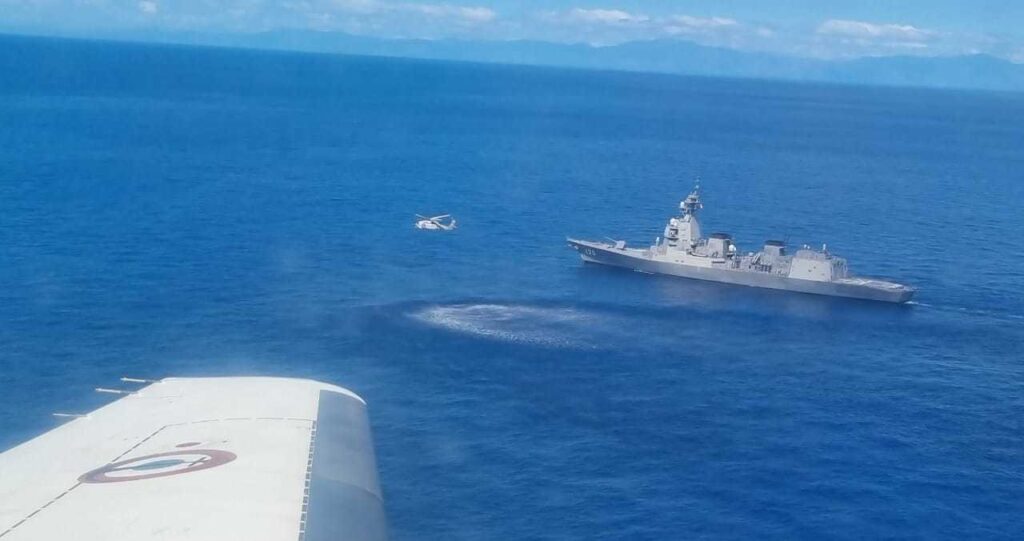 JS Shiranua then called at Nouméa, the capital and largest city of New Caledonia and the homeport of the “FANC”, the French Armed Forces of New Caledonia. There are 1,450 French troops permanently based in New Caledonia. On the naval side, one Floréal-class frigate, one D’Entrecasteaux-class multi-purpose vessel and one P400 type patrol vessels are homeported in Nouméa. Along with the vessels based in Tahiti, they form the French Navy Pacific Fleet (known as ALPACI in French), which is commanded by Rear admiral Jean-Mathieu Rey whose headquarter is in Tahiti. The French Navy also has two Falcon 200 Guardian and some helicopters based in New Caledonia.


September 17, IPD21 unit JS SHIRANUI conducted joint training with French Navy aircraft in the waters around New Caledonia. After the training, JS SHIRANUI made a port call in Noumea, French New Caledonia from 18 to 19.
France has overseas territories in the Indian Ocean and Pacific island regions, and shares the same aspiration of realizing a Free and Open Indo-Pacific. Through joint training with the French Navy, we enhance our tactical skills and cooperation with the French Navy, and deepen the defense cooperation relationship.
Despite COVID-19, The Self-Defense Fleet makes full use of the characteristics of the naval force, flexibility and mobility, in order to realize a Free and Open Indo-Pacific, promotes cooperative relationship with friendly countries, and contributes to support stability in the Indo-Pacific region.

JS Shiranua is the second (and final) Asahi-class destroyer of the JMSDF. It was commissioned in February 2019. The Asahi-class is based on the preceding Akizuki-class of destroyers (and both share the same hull form) but the Asahi-class focuses on anti-submarine instead of anti-air warfare.

To learn more about JS Shiranua, check out this article:


The Indo-Pacific region: a priority for France​ 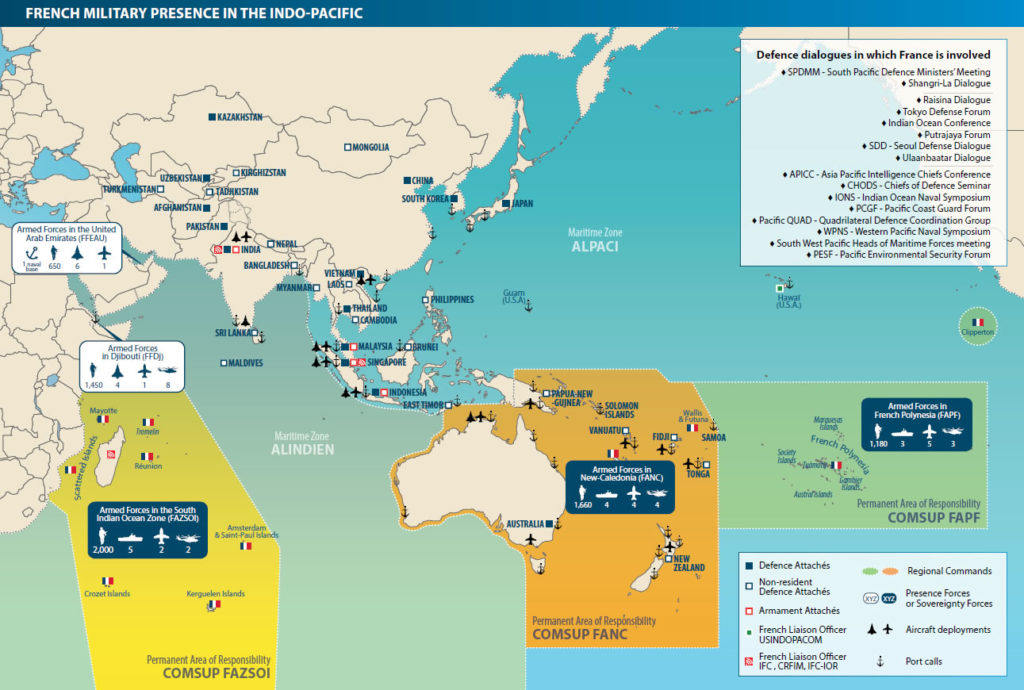 France is present in the region via its overseas territories (Mayotte and La Réunion islands, Scattered Islands and French Southern and Antarctic Territories, New Caledonia, Wallis and Futuna, French Polynesia and Clipperton) and 93% of its exclusive economic zone (EEZ) is located in the Indian and Pacific Oceans. The region is home to 1.5 million French people, as well as 8,000 armed forces personnel stationed in the region. In addition to the French Navy has vessels based in the region and assets from mainland France do deploy to the region. For example the Rubis-class SSN Emeraude recently patrolled the South China Sea.

Earlier this year, Naval News interviewed Admiral Vandier, the Chief of Staff of the French Navy about the Marine Nationale presence in the region: 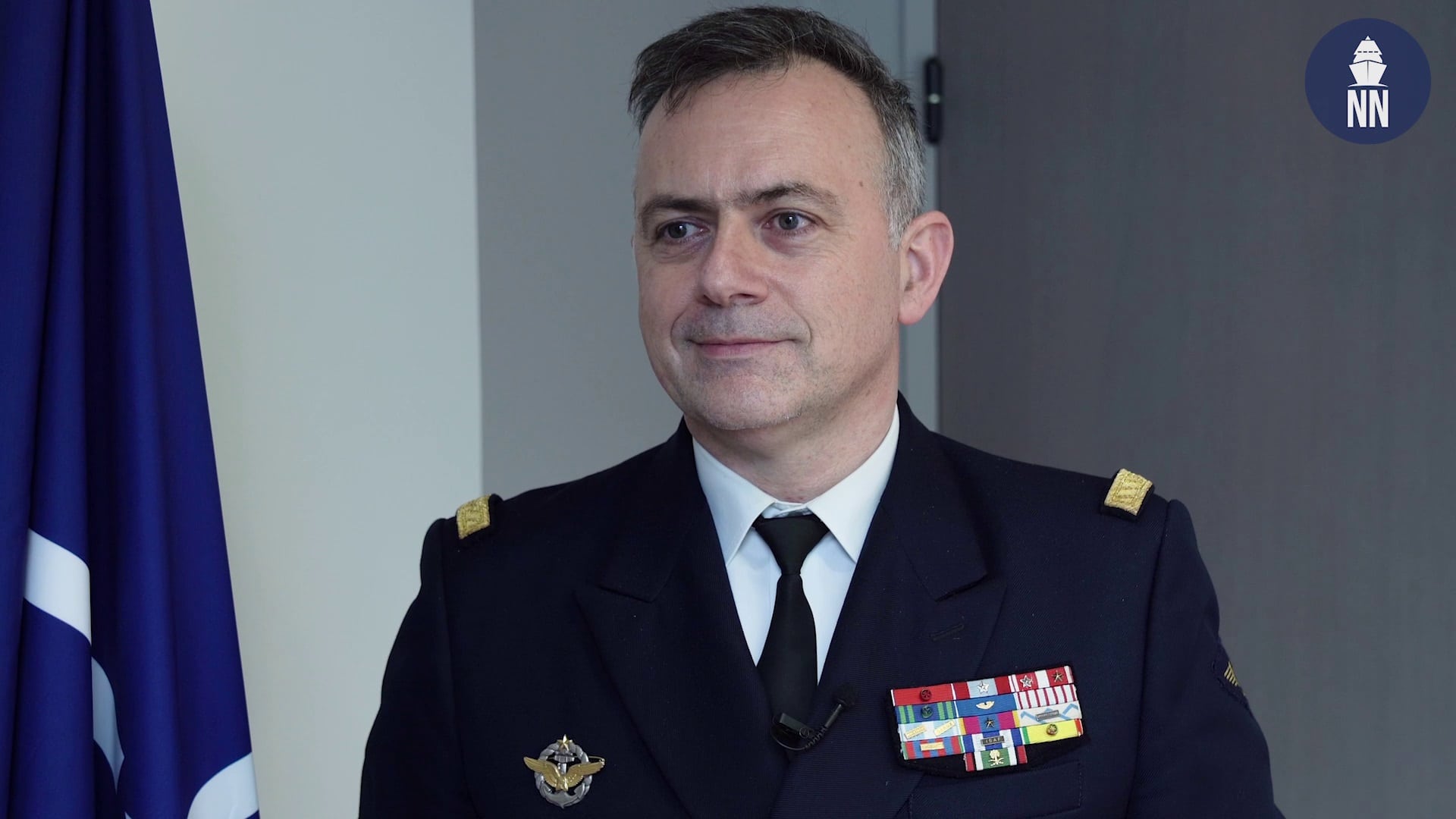 Video Interview: The French Navy in the Indo-Pacific - Naval News

Interview with the Chief of Staff of the French Navy, Admiral Pierre Vandier, about the role of the Marine Nationale in the Indo-Pacific.