With its Thursday activation, Marine Corps Base Camp Blaz, Guam, became the Corps' first new base since Marine Corps Logistics Base Albany, Georgia, was founded in March 1952, according to a Marine Corps press release.

Camp Blaz will soon be the home of nearly 5,000 Marines of III Marine Expeditionary Force, currently based on Okinawa, Japan.

The Corps plans to relocate the Marines “in the first half of the 2020s,” according to the release.

The plan to move Marines to Guam started in 2006 with an agreement between the U.S. and Japanese governments to reduce the presence of U.S. forces on Okinawa.

In early 2019 part of the base’s construction was paused when prehistoric tools and pottery fragments were found on the base.

Former Commandant of the Marine Corps Gen. Robert Neller also questioned whether it was a good idea to move too many Marines to Guam just as the Marine Corps prepares for a potential confrontation with China.

Neller told senators during a May 2019 appropriations committee hearing that he was concerned that Marines on Guam would lack the strategic lift assets necessary to get them to the battlefield.

The Navy is looking at acquiring between 20 and 26 light amphibious warships, capable of carrying at least 75 Marines per ship upward of 3,500 nautical miles, Defense News reported.

“The formal establishment of MCB Camp Blaz is a significant milestone of the realignment of forces and honors an international agreement with the Government of Japan while securing a Marine Corps posture in the Indo-Pacific region that is geographically distributed and operationally resilient,” the release said.

“MCB Camp Blaz will play an essential role in strengthening the Department of Defense’s ability to deter and defend, and is also a testament to the strength of the U.S.-Japan alliance, which is a cornerstone of peace, security, and prosperity in the region,” it added.

Camp Blaz will be named after the late Brig. Gen. Vicente Tomas “Ben” Garrido Blaz, the first Chamorro Marine to attain the rank of general officer, the release said.

During his 29-year career Blaz fought in Vietnam, was awarded the Legion of Merit, the Bronze Star with a combat "V" for valor and the Vietnamese Cross of Gallantry, the release said.

After retiring from the Marine Corps Blaz returned to his home of Guam where he served his home as Guam’s delegate to the U.S. House of Representatives from 1984 to 1992 according to the release.

“Blaz' legacy reflects the strong relationship that the Marine Corps and the people of Guam have shared since the establishment of the Marine Barracks in 1899,” the release said.

The Corps plans to hold an activation ceremony in the spring of 2021, according to the release.

Marine Col. Bradley M. Magrath has taken over as the first base commander of MCB Camp Blaz, according to the release.

“As the Marine Corps presence on Guam grows, I am confident that we will live up to our motto of honor, courage, and commitment ― we will honor the history of the island of Guam, we will have the courage to defend it, and we will remain committed to preserving its cultural and environmental resources,” Magrath said in the release. 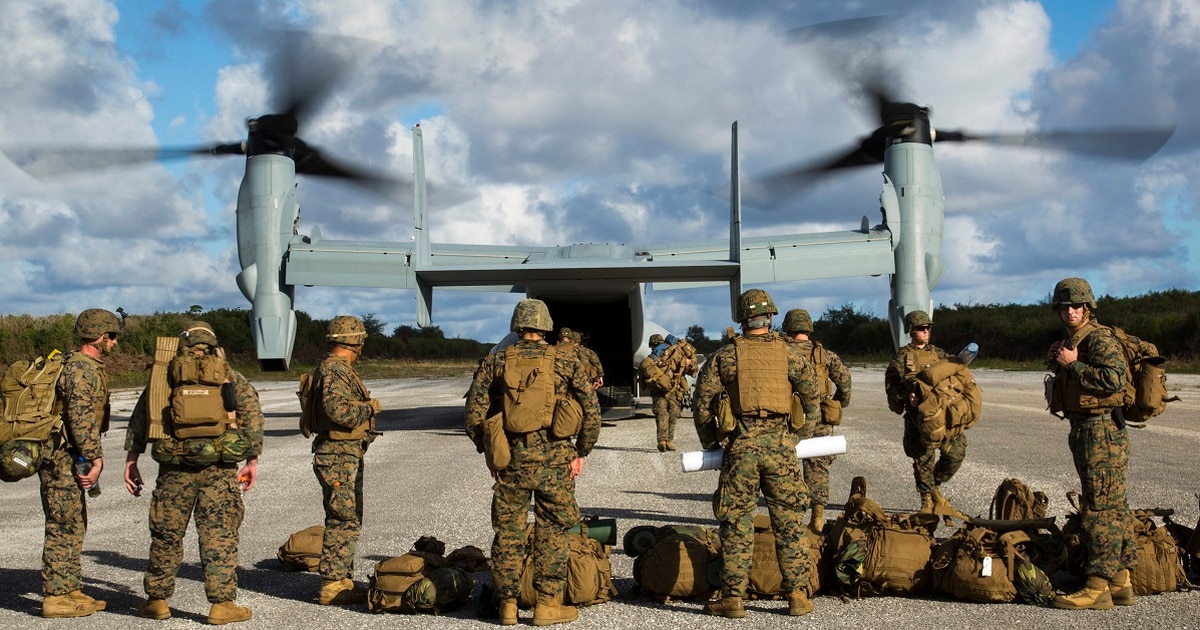 Camp Blaz will soon be the home of nearly 5,000 Marines of III Marine Expeditionary Force, currently based on Okinawa, Japan.