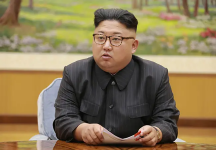 As Kim Jong-un continues to boast of his military might, the devastating effects of a failed North Korean missile which hit one of its own cities has emerged.

Satellite imaging has recently revealed the devastation caused by a failed test launch which struck Tokchon, a city of 200,000 in the secretive state, according to a US government official. 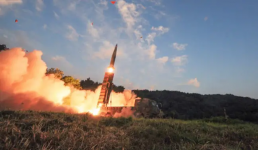 However the launch failed after a flight time of just one minute, and the missile, which only reached heights of 70 kilometres, crashed down onto what looks to be an industrial or agricultural building.
The American government source, who is unnamed but apparently has ‘knowledge of North Korea’s weapons programs’, explained the missile’s path was destined for the sea off the coast of Japan.

The location of the missile’s eventual impact was revealed to The Diplomat and evidence of the incident can be independently corroborated in commercially available satellite imagery from April and May 2017.