Putin meets Assad, condemns US and Turkish troops in Syria 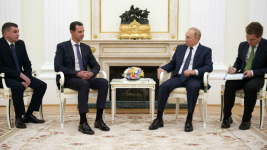 Russian President Vladimir Putin received Syrian leader Bashar al-Assad in Moscow for the first time since 2015 on Monday and criticised foreign forces that are in Syria without a UN mandate, the Kremlin said, in a rebukeof the US and Turkey.

The Monday night meeting was described as a long one by Syrian state TV, and it was followed by discussions with Syria’s foreign minister and Russia’s defense minister.

Bilateral relations, the fight against terrorism and the political process in the war-torn country dominated the discussions between Putin and Assad, according to Syrian state TV.

Moscow has been a key ally of the Assad regime throughout the Syrian conflict that erupted in 2011 with the repression of anti-government protests. Russia's military intervention in 2015 helped turn the tide of the war in Assad's favour and Moscow maintains military bases in the country.

"The main problem, in my view, is that foreign armed forces remain in certain regions of the country without the approval of the United Nations and without your permission," Putin told Assad during their meeting, according to a Kremlin statement.

Putin hailed Russia and Syria's "joint efforts" in the conflict, saying their militaries had returned the vast majority of territory to government control.

Russia joined Syria’s 10-year conflict in September 2015, when the Syrian military appeared close to collapse, and has since helped in tipping the balance of power in favor of Assad. Hundreds of Russian troops are deployed across Syria and they also have a military air base along Syria’s Mediterranean coast.

However, significant parts of Syria remain out of state control, with Turkish forces deployed in much of the north and northwest, the last major bastion of anti-Assad rebels, US forces in the Kurdish-controlled east and northeast.

Assad, who has also been backed by Iran during the conflict, has made few trips abroad since the war began in 2011.

The Syrian leader told Putin it was a "great honour" to meet with him in Moscow and praised "significant results" of their two militaries, including work on "the return of refugees who were forced to leave their homes and leave their homeland".

In recent weeks, Syrian opposition activists said that Russian warplanes have been carrying out strikes on the northwestern province of Idlib, that last major rebel stronghold in the country. The region is home to some four million people, many of them internally displaced by the conflict.

Last week, a Russian-negotiated cease-fire deal went into effect to end a government siege and intense fighting in the southern city of Daraa. The deal brought areas held by the rebels in the city under government control for the first time since 2013.

In a statement, it said the two sides discussed the importance of reaching political agreements "between Syrians and without any foreign interference."

It said Putin and Assad had discussed "economic cooperation", without providing further details. 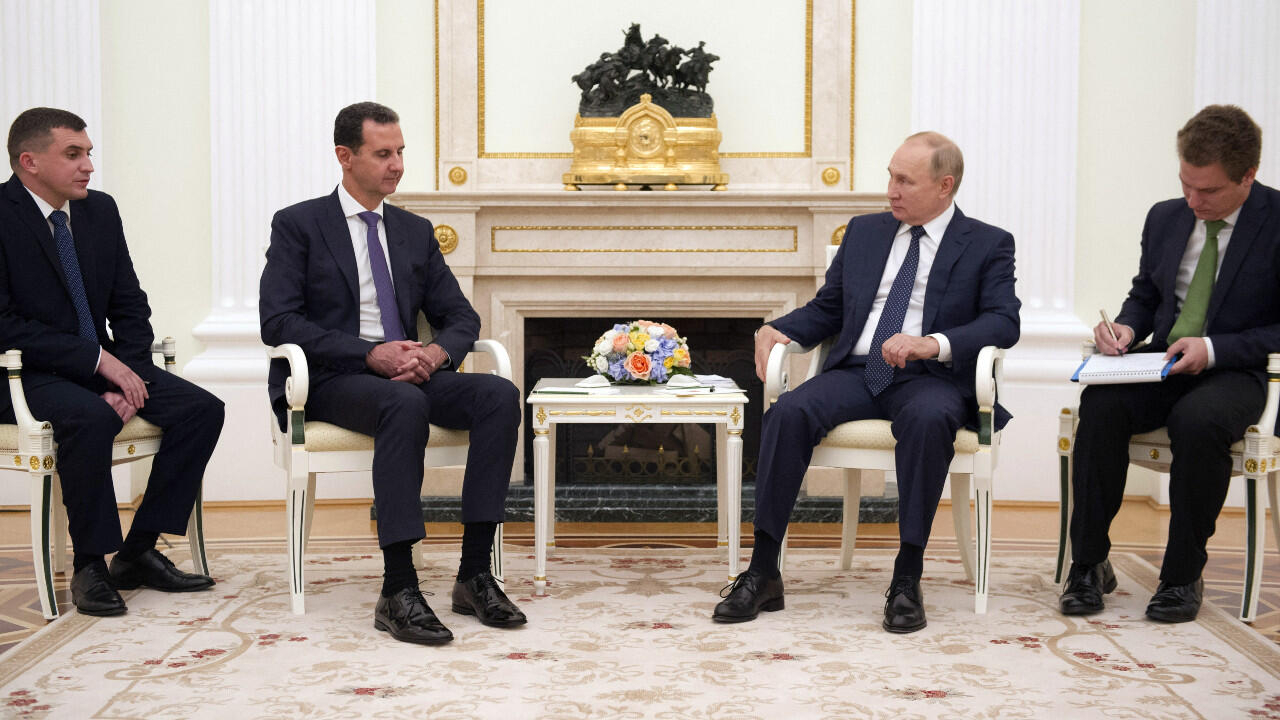 Putin meets Assad, condemns US and Turkish troops in Syria

Russian President Vladimir Putin received Syrian leader Bashar al-Assad in Moscow for the first time since 2015 on Monday and criticised foreign forces that are in Syria without a UN mandate, the Kre…