The Royal Air Force has flown with the Egyptian Air Force for the first time in 20 years.

The RAF has taken to the skies with its Egyptian counterparts for the first time in two decades.

Soaring above the pyramids in Giza, on the outskirts of Cairo, Typhoons joined the multinational Exercise Bright Star. 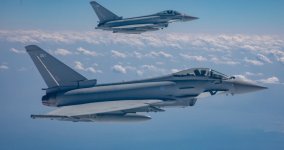 Deployed as part of 903 Expeditionary Air Wing, the UK aircraft flew from RAF Akrotiri in Cyprus and conducted air-to-air refuelling with a Voyager.

Flying with the Egyptian Air Force for the first time since 2001, the RAF was also joined by aircraft from the Greek and US militaries. 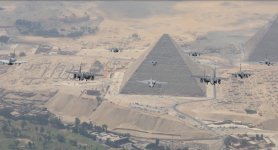 
https://twitter.com/i/web/status/1438546359708176385
Wing Commander 'Dutch' Holland, Commanding Officer 903 Expeditionary Air Wing, said: "Exercises such as Ex BRIGHT STAR 21 are vital as we develop and maintain interoperability with our coalition partners if the RAF is to be truly effective on operations throughout the Middle East.

"Flying with other air forces requires extensive planning and the contributions of 903 Expeditionary Air Wing personnel have ensured that the exercise was safely and successfully completed."

The exercise has tested UK and partner forces interoperability.

Last year's iteration was cancelled due to COVID, so this marks the first time it has been held since 2018. 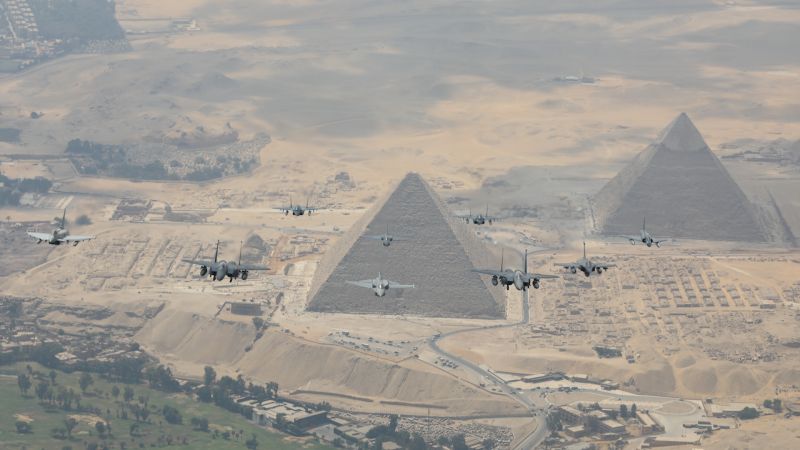 The Royal Air Force has flown with the Egyptian Air Force for the first time in 20 years.