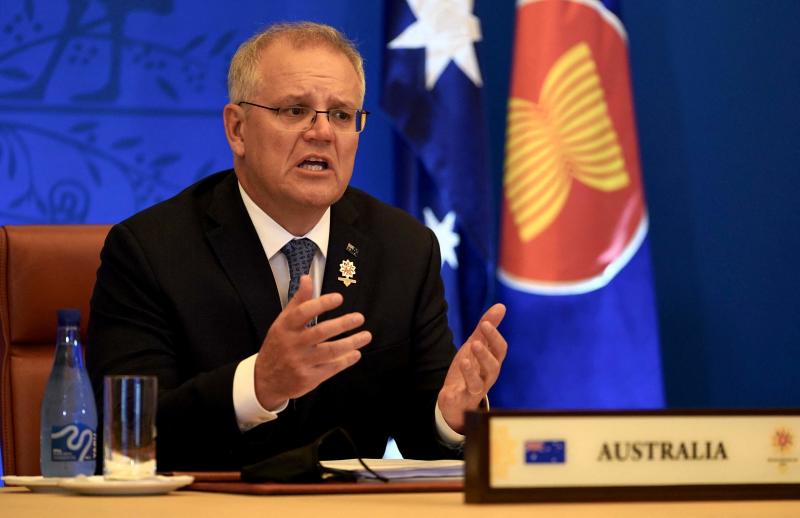 
BANDAR SERI BEGAWAN: Australia and the Association of Southeast Asian Nations (Asean) agreed at a summit on Wednesday to establish a "comprehensive strategic partnership", a sign of Canberra's ambition to play a bigger role in the region.

The pact would further strengthen Australia's diplomatic and security ties in a fast-growing region that has become a strategic battleground between the United States and China.

While concrete strategic objectives of the partnership were not immediately announced, Prime Minister Scott Morrison promised Australia would "back it with substance".

"This milestone underscores Australia's commitment to Asean's central role in the Indo-Pacific and positions our partnership for the future," he said in a joint statement with Foreign Minister Marise Payne. "Australia supports a peaceful, stable, resilient, and prosperous region, with Asean at its heart."

Brunei, serving as chair of Asean, said the agreement "marked a new chapter in relations" and would be "meaningful, substantive and mutually beneficial".
After the announcement, Australia said it would invest $154 million in projects in Southeast Asia on health and energy security, counter-terrorism, fighting and transnational crime, plus hundreds of scholarships.
China has also sought an agreement on the same strategic level with Asean. Premier Li Keqiang met Asean leaders on Tuesday, and the bloc's leaders will meet China's President Xi Jinping in November at a special summit, to be held virtually, two diplomatic sources told Reuters.
ADVERTISEMENT

Morrison also sought to reassure Asean that a trilateral security pact agreed last month between the United States, Britain and Australia, under which Australia will get access to nuclear-powered submarines, would be no threat to the region.
One ambassador to Asean, who asked not to be identified, said Australia clinching the comprehensive strategic partnership with Asean was "quite something" in the wake of regional reservations over its new AUKUS pact with Washington and London.
"Kudos to Australia," the ambassador said.
AUKUS has raised some concerns in Southeast Asia that China could see it as a move by the West to challenge its growing influence in the region, particularly in the South China Sea.
The United States and allies have increased patrols to challenge Beijing's vast maritime fleet which it deploys to buttress its claims to sovereignty over most of the South China Sea.
"AUKUS adds to our network of partnerships that support regional stability and security," Morrison said.
Indonesian President Joko Widodo on Wednesday said he was concerned AUKUS "could spark rivalry in the region", according to his foreign minister, Retno Marsudi.
US ally the Philippines has backed AUKUS but its president, Rodrigo Duterte, on Wednesday said it "must complement and not complicate our working methods for cooperation."
Military analysts have said the nuclear submarines Australia will purchase from the United States have unmatched stealth and underwater longevity. China has opposed the pact and said it could be damaging and intensify an arms race.
US President Joe Biden was due to join the virtual East Asia Summit later on Wednesday, with leaders of China, India, Australia, New Zealand, Russia and South Korea, Japan and Asean members.
In an earlier meeting, Japanese Prime Minister Fumio Kishida stressed to Southeast Asian leaders his country's strong opposition to challenges to a free and open maritime order, underscoring regional concerns about China's growing military clout. 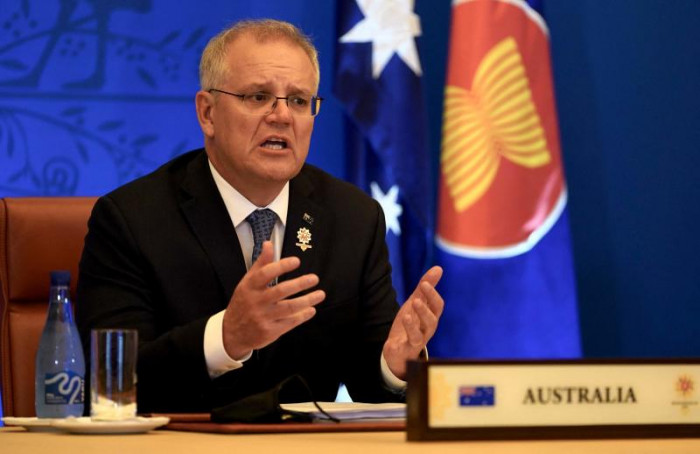 BANDAR SERI BEGAWAN: Australia and the Association of Southeast Asian Nations (Asean) agreed at a summit on Wednesday to establish a "comprehensive strategic partnership", a sign of Canberra's ambition to play a bigger role in the region.