Did he do something wrong? First he has left his chair in TOGG and now selling shares in BMC.

anmdt said:
Did he do something wrong? First he has left his chair in TOGG and now selling shares in BMC.
Click to expand...

I think Tosyali is going to be replacing ES in the long run seeing as how BMC under his leadership has failed to deliver on some important projects. So I think it's worrying how people appointed by RTE are spreading out and getting their hands on some important firms (though we could argue how important BMC is).

I know this kind of practice may seem normal, but I can't help but get worried for our defence industry when we don't have proper ppl as CEO in these companies.

BMC as I stated in a different thread would arguably go bankrupt without AKP/RTE buying arms from the company on behalf of TSK.

The tender, which was canceled by the Council of State, was given again with an excess of 300 million TL.​

The subway line tender in Bursa, which was canceled by the Council of State on the grounds that it was negotiated, was re-tendered with the same procedure, on top of that, the price increased by 300 million TL.​

The tender for the metro line in Bursa, which was canceled by the Council of State on the grounds that it was negotiated, was re-tendered with the same procedure. Taşyapı and Söğüt İnşaat, which won the first tender with an amount of 1.6 billion TL, this time offered 1.9 billion TL and received the tender. CHP Deputy Chairman Ahmet Akın said, “There is complete irregularity in the period of complete closure. The tender was held again with the bargaining procedure, which was the reason for the cancellation of the Council of State. The tender was awarded to the same firm this time with a higher price. Wherever you look, there was unlawfulness and public damage ”.

Akın said the following:
“The tender for the rail system line to be made between Emek-Şehir Hospital in Bursa was canceled by the 13th Department of the Council of State, and it was emphasized that the tender was invited by certain companies with the bargaining procedure defined as 21-B, which should be an exception, and it was emphasized that it was against competition. However, the tender was made again with the bargaining method, which is the reason for the cancellation of the Council of State. "

“The first tour took place on May 5th, and the second on May 7th. The price, which was 1.6 billion lira previously, has increased to 1.9 billion lira. There is both irregularity and 300 million lira more being paid. "

CHP Deputy Chairman Ahmet Akın noted that the new tender process for the metro line in Bursa, which was canceled by the Council of State, was carried out at a jet speed by the General Directorate of Infrastructure Investments (AYGM) under the Ministry of Transport and Infrastructure.

What do opposition parties think about Build-Operate-Transfer projects?​

The news about how the Build-Operate-Transfer (BOT) practices, the legal infrastructure of which was created with the grounds of providing alternative financing to large infrastructure projects, which were propagated by saying "It is done without leaving money from the state's pouch" and which have difficulties in realization due to the lack of public resources, caused pillage and destruction, especially recently frequently takes place.
The latest news on the subject was broadcast on Veryansın TV on Sunday, May 15. According to the report, Zafer Airport, which was guaranteed 1.3 million passengers in 2021, closed the first quarter of the year with 61 passengers. Do I need to know if the place to be addressed for the passenger deficit is directly the state budget, that is, the citizen's tax?

Similar "miscalculations" exist in terms of city hospitals, purchases and energy investments with price guarantee. Actually examples, concession transfer, etc. all public service areas marketed / privatized by means of local administrations, transportation, etc. It is possible to expand it to include infrastructure projects.
Intellectual and political guidance of organizations such as the United Nations Development Program (UNDP), the World Bank (WB), the Organization for Economic Cooperation and Development (OECD) and TÜSİAD, which has undertaken the mission of these opinions in the country. There is an ever-growing black hole created with the support of employers' organizations. The private sector works efficiently, it is necessary to make the public smaller, the "organized works" presented to the society with their beauties have turned into a greasy rope that is caught in the throat of public finance, in a way that makes even Deli Dumrul jealous. (We will see what will happen to us with the Kanal Istanbul project, which is announced to be tendered with a similar method.)

As a result, if we exclude those who benefit from these projects directly or indirectly, the mistakes of the Build-Operate-Transfer practices, which were legally prevented by the Constitutional amendments made in August 1999, with the external support of the DSP, MHP, ANAP Coalition Government, although not by the whole society, It seems possible to assume that it was understood by a considerable part.
CHP Deputy Chairman Ahmet Akın said, "The Yavuz Sultan Selim Bridge will be given a daily pass guarantee of 135 thousand vehicles and '3 dollars plus VAT' per vehicle as guarantee payment. Bridge will be paid "35 dollars plus VAT" as a daily pass guarantee and guarantee payment for 40 thousand vehicles. The guarantee payment will be made on this average whether the citizen passes or not. A guarantee of 474 thousand dollars a day is given. 3 million 923 thousand liras according to the current rate, "he said, and once again shared with the public the dire consequences caused by the system.

It is possible to hear similar news from spokespersons of other opposition parties, adorned with striking numbers.
The problem is what the opposition parties really think apart from their singular rhetoric and criticism, whether they will allow the continuation of these projects, which they call looting today, after a possible change of power, and more clearly, what they will do about these tenders that have become central to the budget in their possible power.

In an interview he made on Halk TV in September 2020, the only statement that was reflected to the public on this issue was; Selin Sayek Böke, who said, `` We will expropriate all bridges and hospitals at any cost, '' and TÜSİAD President Koslowski's emphasis on property rights and contract freedom, restricting the promise of expropriation to the projects of 5 contracting companies to the detriment of the public, not the companies. When it is remembered that the projects had to be restricted by expropriating the projects, which could not be legally equivalent under the current conditions, it is much more important that the parties forming the opposition bloc give an open answer to this question.

Adding that I will be an opinion follower, let me repeat these questions once again and in a very clear language.​
​

Imamoglu's explanation of the 'plot' emphasis: Who is this awake?​

IMM President Ekrem İmamoğlu made statements about the corruption that he stated happened in KİPTAŞ.​

Saying, "There are things that disturb me very much," Imamoglu said, "To give an example, today is Monday. On Monday, the board of directors of KİPTAŞ takes a decision, saying" I will buy this land in Başakşehir. " A day later, for some reason, a vigilante buys this land for 11 million dollars. On Friday, KIPTAS buys this land from this wake for 47 million dollars. The difference is 28 million dollars," he said. İmamoğlu continued as follows:

"Who is this awake? They have records too. Who is this board of directors? They also have records. He buys this place for 47 million dollars. Maybe I have a small number of mistakes. We are doing a project with 300-400 houses. A model is being made in front of KİPTAŞ. A model. A few months after we took over this place, a decision is made as 'We built a green area.' They say this is neither diet nor sauerkraut.

Calling "We need to prevent this," İmamoğlu said, "Every wrong done is wrong against a citizen. We filed a criminal complaint, but the Ministry of Interior said, 'You can't investigate,' and he took the file. We look forward to it."

Such obvious corruption and you can't even prosecute people. Solution is simple, when government changes, fine all AKP politician 1B USD, and their immediate family. That ought to solve the economic woes of Turkey.

Confiscate property etc. to cover as much as possible of the fine, and auction it. Except land that's important that should be preserved.

80 million profit in 4 days! Details of the land sale with honey emerged​

The details of the land, which İBB President Ekrem İmamoğlu announced in 2015, that the land that KİPTAŞ decided to buy was bought before İBB and sold to İBB approximately 3 times 4 days later, emerged. It was learned that the company in question was Atmaca Gayrimenkul and that it bought the land in question for 49.5 million liras from KİPTAŞ, and sold it for 130.5 million after 4 days.​

İBB President Ekrem İmamoğlu said the following about the land in Başakşehir at the opening of KİPTAŞ's Mining Houses project in Tuzla:

The previous administration. We are making a project, 300-400 houses. A model is being made in front of KİPTAŞ. In front of KİPTAŞ. Right now at the entrance. I said, 'Don't remove it', 'This will always stay here.' Such a huge model, 400-odd houses. A few months after we took the administration, the decision was taken in the IMM Assembly, saying 'We built a green area'. I hope you didn't raise your hand against it. Now they say, 'This is what a diet, what a sauerkraut. .' This won't happen, don't do it. We need to prevent this.

Google translate doesn't make a lot sense, but should give the gist of the idea

It seems other newspapers also have covered the story. 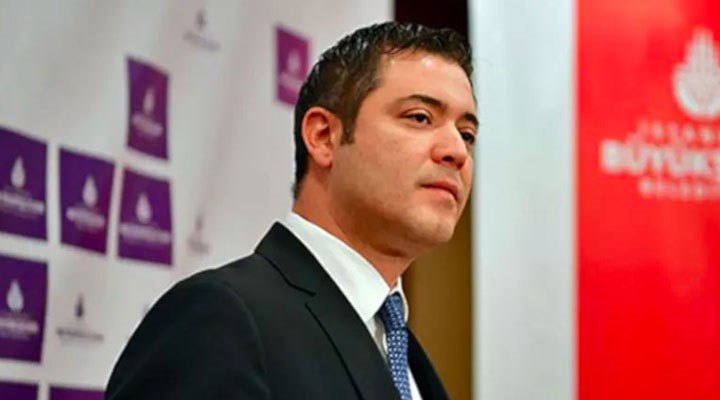 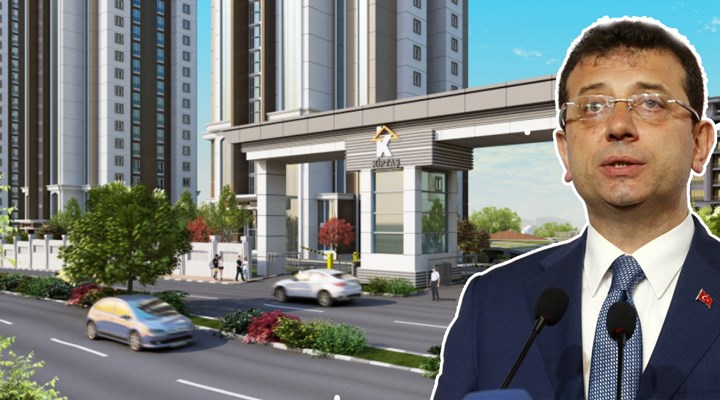 I don't care about their affiliation. I am interested in the newspapers digging up all the dirt. The more dirt you dig up the harder pressed politicians are and can only concentrate on staying clean and doing their job.
Last edited: Jun 2, 2021

Interesting. Seems CHP running Ümraniye municipality in Istanbul decided to include an area in the city development plans so it did not appear to be unattended. It's a rather big area, but RTE decreed it was a dangerous area, and that way prevented the municipality from developing/protecting it (it's green lush areas as I understand it).

The Court has annulled the presidential decree on the reason it was groundless.

Let's further note, it wasn't for the trains but the super-duper train station the contractor trio has built in Ankara. Instead of using historical Ankara station they have made a semi-mall semi-station semi-hotel weird looking building and we are paying for that.
You must log in or register to reply here.
Share:
Facebook Twitter Reddit Pinterest Tumblr WhatsApp Email Share Link