The Inevitable Diversification of Drones

Drones have been all the rage for years now. However, only recently have we seen what they are truly capable of. So what lies in store for us? The truth is that drones will diversify. They will occupy different roles. Just like fighters, attack aircraft, interceptors, etc. Drone fleets are forming at a rapid pace and militaries are looking to expand their roles. Due to removing the possibility of losing a pilot, drones can prove to be more effective than manned aircraft. This is due to the fact that a high probability of a shootdown often means that a mission will be called off before it even starts. But, if losing a pilot isn't a prospect, then launching aggressive strikes in dangerous territory is no longer an issue.​ 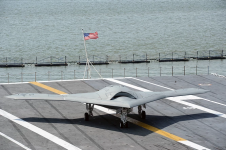 
Nowadays drones can function fully autonomously, meaning that if the signal is lost they can manage to automatically find their way back. As new manufacturing technologies make it easier and cheaper to produce drones, nations with little experience in aircraft production are beginning to try their luck in drone production. Drones are making a lot more sense now than ever before.

Some of the devastating strikes launched by Azerbaijani operated TB2s

The US drone strike on Soleimani shocked the world only days into 2020. Meanwhile, Turkish drone squadrons revolutionized drone warfare seemingly overnight. The Turkish military decimated hundreds of targets in Libya and Syria with the use of cheap MALE drones (Bayraktar TB2 UCAVs). More recently, Turkish and Israeli drones handed Azerbaijan an easy victory over Armenia. A conventional force with adequate air defences was defeated by a fleet of drones. Previously drones were mainly known for striking insurgents in low-intensity warfare; now it is known that they can take on a conventional force if used correctly.

Drones will undoubtedly diversify. Here are some of the current and future types which will dominate the battlefield:

Armed drones have traditionally cost more than 10 million USD. However recently cheap drones costing around 2 million USD have proven themselves as being capable. The appeal of these is cost savings. They can wipe out clusters of infantry, vehicles and even air defence systems, meanwhile losing one isn't seen as a major loss. They can be mass-produced and sent out in swarms, which further makes them a sensible choice. For the price of a single MQ-9 Reaper, 8 smaller tactical drones can be acquired. All in all, these are perfect for neutralising small targets.


https://twitter.com/i/web/status/1326091483741626371
TB2 Drones fitted with SATCOM, presumably to bypass jamming in Nagorno-Karabakh. Unlike manned aircraft, drones can be upgraded in short notice

The MQ-9 Reaper is a prime example of a heavy HALE armed drone. For years it was the only one. Now the rest of the world is catching up. Flying higher and carrying more munitions, these can serve as an alternative to using manned aircraft for striking compounds and bunkers. Due to their ability to carry large bombs such as MK-82s and even cruise missiles, these are preferable for when maximum damage is necessary. To sum it up these are more capable versions of smaller MALE UCAVs, however, are more expensive. They should only be used if the enemy does not have high altitude air defences or if their air defences are rendered inoperable. 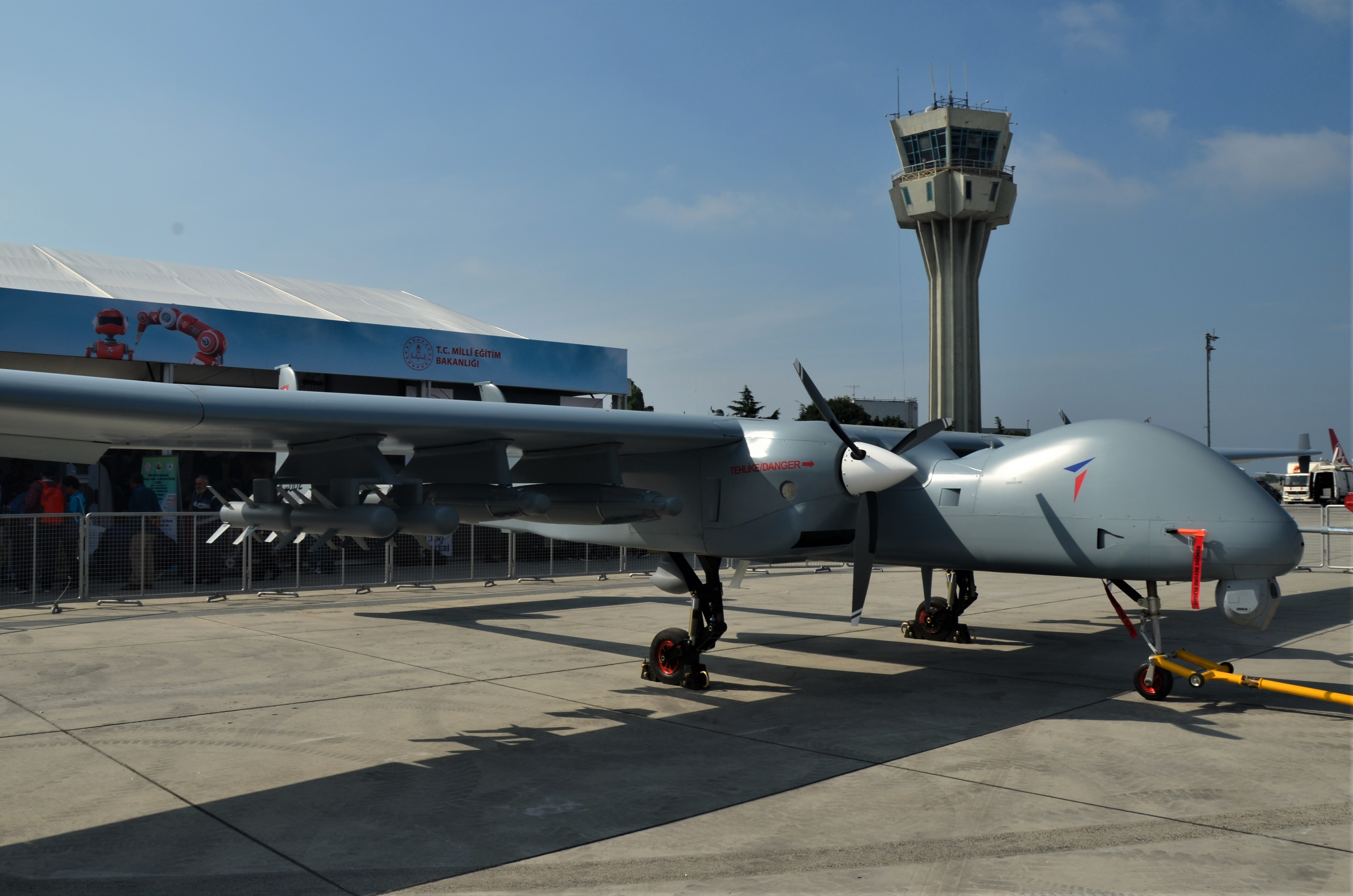 These will likely be high subsonic, jet-powered brothers of HALE bombers. They trade endurance and low cost for low detectability and higher speeds. The X-47B is an example of one (though it is also capable of air-to-air combat).

Having longer endurance than manned aircraft is a big advantage over existing ASW/AShW planes and helicopters. For this reason, drones are ideal for detecting submarines and ships. Though ASW is usually conducted at a low altitude it is most likely that existing HALE drones will serve as the base for any ASW/AShW UAVs. Though primarily for detection, these drones can also have the capability to launch torpedoes as well as anti-ship missiles.

These will be extremely fast UCAV's designed to penetrate deep into enemy territory. Their purpose is to strike predetermined high-value targets such as defence factories, military bases and oil facilities. Or to stop an incoming enemy convoy. They are designed to debilitate an enemy by striking them deep in their territory. These would favour high speed over stealth though could be stealthy if necessary.

Manned aircraft remain vastly superior to drones for air-to-air combat. However to think that drones won't replace manned fighters is short-sighted. Though there are currently obstacles in the way, towards the end of the decade expect a big leap in unmanned fighter technology. Though "strike-fighter" stealth drones are being tested, dedicated air-to-air UCAVs make a lot more sense. Rear-facing radar, an assortment of countermeasures and even multi-directional weapons capable of hitting targets that aren't directly in front would make for a formidable fighter. To incorporate all of these into a multirole aircraft would be a difficult task. The most important aspect would be the AI. Latency issues and jamming could spell trouble for unmanned fighters facing their manned opponents. That's where good AI makes a difference. With advanced AI, an unmanned fighter could identify, chase and destroy an enemy aircraft autonomously with zero human input.

The Boeing Airpower Teaming System is the best example of an ideal support drone. Its entire purpose is to fly alongside manned fighters such as F-35s. By doing so it can provide assistance by scanning for threats and targets. More importantly, it will serve as protection. It will reduce the likelihood that the manned aircraft will be hit. Just a single one will reduce the likelihood by half. If multiple support drones are deployed alongside a single strike-fighter they will make the mission much easier and safer for the pilot by providing both protection and scanning for targets. There is no doubt that these will be a game-changer.

There are many more variants which arise, particularly for roles where manned flights are deemed too risky. The truth is that the possibilities are endless. We don't know how fast drones will evolve. But one thing is for certain. Throughout the 2020s we will not only see more drones in combat but a greater diversity of them.
Click to expand...
U
Written by