Did you know that the planner behind the murder of the Sweden's Prime Minister Olof Palme in 1986 is Kesire Yıldırım and this is confessed by Abdullah Öcalan? 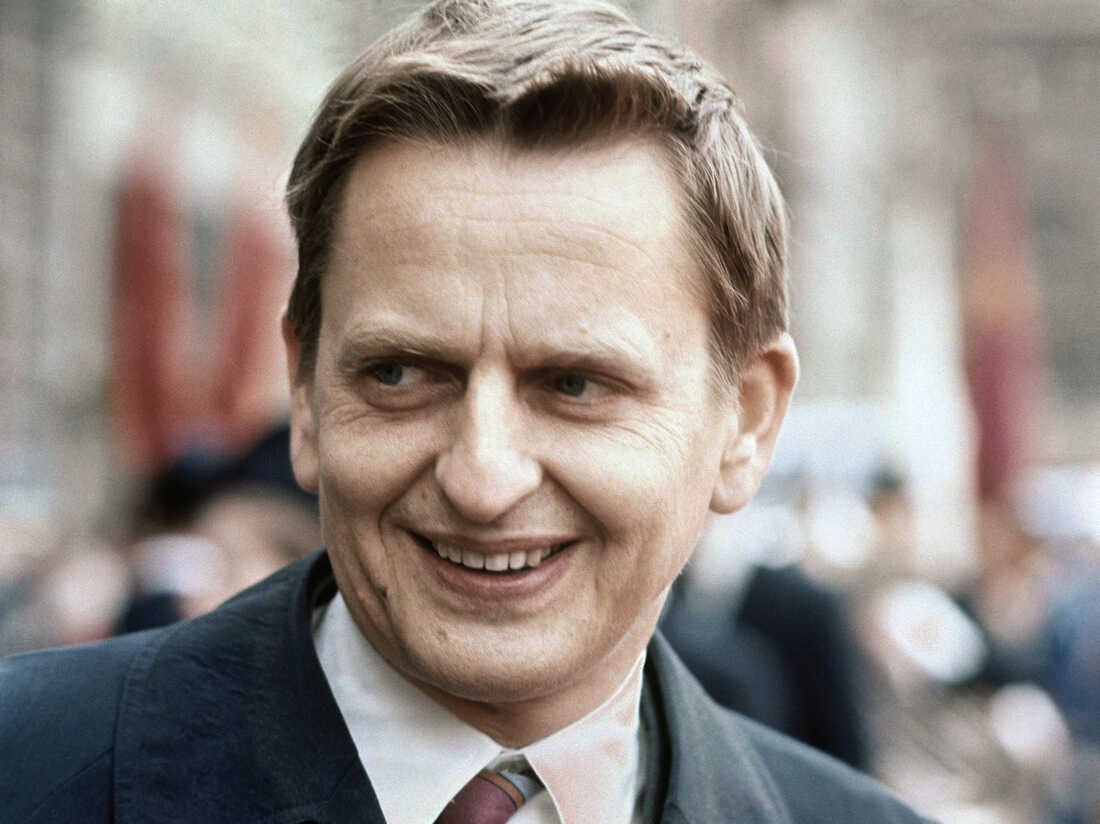 On the night of Feb. 28, 1986, Palme, who had dismissed his security detail earlier in the day, was fatally shot in the back at point-blank range on one of the busiest streets in downtown Stockholm as he and his wife, Lisbet, were leaving a movie theater.

Lisbet, who was slightly wounded in the attack on her husband, later identified Christer Pettersson, (unrelated to either the prosecutor or the journalist) as the killer. Palme's son, Marten, who was also present at the assassination, identified Pettersson as well.

Pettersson, a petty criminal, was found guilty of the assassination in 1989, but his conviction was overturned the following year in a decision citing lack of evidence – most notably the absence of a weapon, which investigators believed to have been a .357 Smith & Wesson Magnum. Christer Pettersson died in 2004. 1

The Kurdish rebel leader, Mr Abdullah Ocalan, told a Turkish court yesterday his ex-wife may have been behind the 1986 killing…​

The Kurdish rebel leader, Mr Abdullah Ocalan, told a Turkish court yesterday his ex-wife may have been behind the 1986 killing of the former Swedish prime minister, Olof Palme.

In the court relatives of soldiers killed in south-eastern Turkey, clutching the portraits of their loved ones, stared at the man they consider personally responsible for the death of 30,000 people killed in 15 years of conflict. Hundreds of other relatives of soldiers were demonstrating their anger in the streets of Mudanya, the fishing port close to Imrali prison island where the case is being tried.

Judge Turgut Okyay, one of a panel of three judges trying Mr Ocalan on treason charges, pressed the rebel leader on reports that his Kurdistan Workers Party (PKK) was behind the killing, which shocked Sweden.

A lone gunman shot Palme dead at point-blank range while he was walking home with his wife in Stockholm. "This is a conspiracy that has been placed on my shoulders," Mr Ocalan told the court from a bullet-proof glass box. He denied giving any orders to kill Palme after Sweden refused asylum to former PKK members. But he said he had heard a Kurdish splinter group was responsible.

"I have received information that PKK Rejin killed Palme," he said, adding that his former wife and her new husband were behind the rival group, mainly based in Europe. "Kesire Yildirim and Huseyin Yildirim founded this organisation and wanted to develop it," he said.

Beyond vague notions of peace and democracy, he said little about the demands of the Kurdish population, but said he did not believe an independent Kurdistan was a realistic aim. Offering his services to the Turkish state, the Kurdish leader said he had realised armed struggle was not the solution and he wanted a chance to convince PKK fighters to lay down their arms.


He rejected responsibility for one of the deadliest attacks blamed on his guerrillas, a 1993 slaughter that ended a ceasefire and began a lethal escalation in Turkey's war with the rebels.

Mr Ocalan, accused of ordering the killings, said the assault was carried out by renegade guerrillas acting independently. "It is impossible to condone the death of these soldiers," he was quoted as saying.

Mr Ocalan also rejected accusations that he had given orders for bombings at some of Turkey's most popular tourist sites in the early 1990s. The bombings killed and injured several foreigners.

Asked about alleged foreign help to the PKK, he said his group received training in camps in Greece, Yugoslavia and Iran. He said Greece, Turkey's traditional rival, had also provided his fighters with weapons.

Three senior members of Kurdish rebel leader Abdullah Ocalan's defence team said on Tuesday they had withdrawn from the case because they said the Turkish state had ridden roughshod over normal procedure.


Ocalan appeared to take his defence into his own hands at the first session of his trial on Monday. His 12 defence lawyers largely sat and watched as Ocalan, sitting in a bullet-proof glass cage, offered to engineer the surrender of his rebel group if he was spared the death penalty.

Lawyer Ercan Kanar told Reuters he and colleagues Hasip Kaplan and Ender Buyukculha had withdrawn from the trial, which is taking place under extraordinary security measures at an island prison in the Sea of Marmara near Istanbul.

The essential reason for our withdrawal is the abandonment of the penal code in favour of the rulings of the prime ministerial crisis management centre, Kanar told Reuters.

The centre has controlled legal access to Ocalan on Imrali island, citing security concerns surrounding the man who spearheaded the 14-year-old Kurdish armed conflict for self-rule in which more than 29,000 people have been killed.

The defence team have argued that authorities have broken with Turkish law by holding Ocalan on his own island jail.

Here it is. I hope it's the right length. I'm not using my usual computer and software and can't count words.... Call me on my mobile if you have any queries.


Some 20 diplomats and observers were following the proceedings. The press has limited access: only 12 Turkish journalists and eight foreigners have access daily.

The reading of the indictment, a weighty document of 139 pages that includes a detailed list of dozens of attacks by the PKK, took several hours and nearly sent the audience to sleep. Even one of the judges was observed nodding off.

When Mr Ocalan stood up and asked to read a document he had written in his defence, no one felt sleepy any more. Early in the proceedings the Kurdish leader had announced he had not suffered ill-treatment and had not been pressured. He then went on to denounce Greece, Russia and Italy which, he said, had contributed to his "unlawful" arrest in Kenya in February.

He insisted he had not started the Kurdish problem. The issue had been around for over 200 years, he said. He likened the current situation to the uprising in 1925, and implied that now, as then, Kurds were being used by foreign powers.

His own survival was not important, Mr Ocalan said, but Turkey was facing the danger of further upheaval. Five thousand militants were ready to commmit suicide and many more would protest if he were killed.

Unexpectedly, the Kurdish leader said two former prime ministers, Mr Necmettin Erbakan of the Islamist Welfare Party and Mr Mesut Yilmaz of the conservative Motherland Party, had made indirect contact, to try and find a way to end the conflict. He also said that as late as last year a high-level military official had contacted one of his representatives in Germany.


Mr Ocalan appeared at odds with his lawyers, who could do little to defend their difficult client.

Three senior members of his defence team said yesterday they had withdrawn from the case because the Turkish state had ridden roughshod over normal procedure. 2

Swedish Prime Minister Olof Palme supported Mahmut Baksi, who took refuge in Sweden while he was on trial for Kurdishism in Turkey at that time. He ensured that Mahmut Baksi can continue his activities in Sweden by establishing close relations with him. These events continued in the late 70's and early 80's. 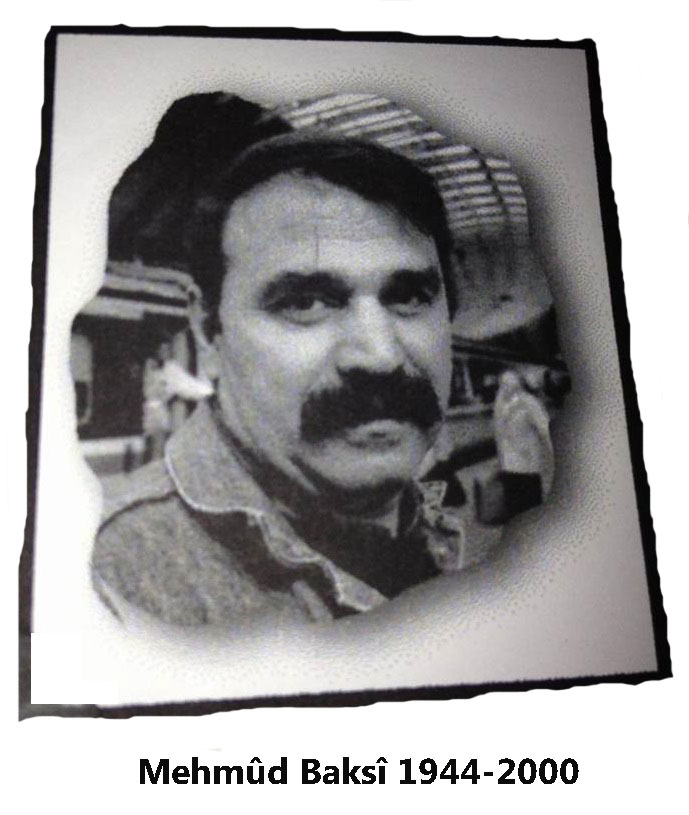 While Mahmut Baksi was continuing his activities in Sweden, in 1980 his sister Necla Baksi was killed along with 20 militants in a special operation organized by the Turkish intelligence in Qamishli/Syria. Mahmut Baksi went to Damascus to meet with Öcalan after this incident.

Öcalan appreciated Baksi and said that he should continue his activities. Baksi's wife, Fatma Kesire Öcalan, on Öcalan's instructions, worked abroad. In 1981, with the approval of the Swedish government, Kesire Öcalan entered Sweden. Kesire assumed responsibility for the PKK activities in Europe. 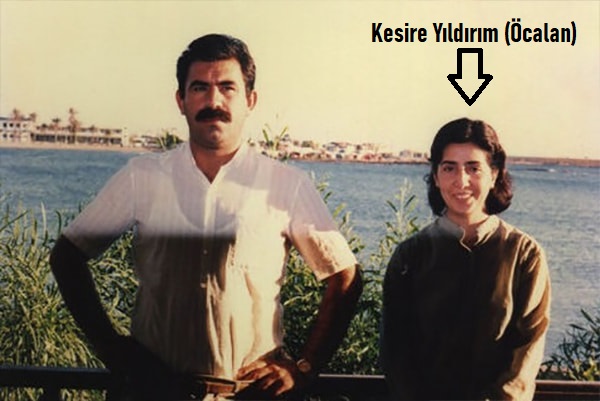 Years later, an argument broke out between Kesire Öcalan, who got angry with Mahmut Baksi, who became close with people within the organization, who were an opposition to Öcalan.

After the argument, Kesire declared Baksi a traitor. She carried out a series of murders of which Enver Ata's murder (1984) was the most important one. He was killed in Uppsala, Sweden.

Baksi and Prime Minister Palme became aware of the danger and agreed to take action. After taking action on this issue, Swedish Prime Minister Olof Palme was killed in an assassination instigated and planned by Kesire Öcalan. Those who committed the murder died and the case was closed in 2020.

There is another story behind this incident. This time, Mahmut Baksi's daughter, a Swedish citizen, studied in Sweden, Doctor Lamia Baksi is the main character. 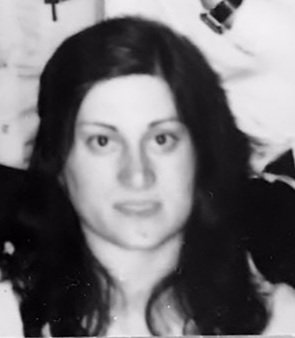 Kesire Öcalan stayed at Mahmut Baksi's home in Sweden for a long time. Kesire's influence over here was very strong. Shortly after Mahmut Baksi was declared a traitor by Kesire, his daughter Lamia Baksi left her father.

Lamia B. went to Damascus in 1985. After meeting with Öcalan, she went to Bekka Valley and received training for a while. In 1986, she went to Northern Iraq to participate in the fight against Turkey. Meanwhile, the Prime Minister of Sweden was killed in assassination planned by Kesire. Ocalan was appreciating the work of Mahmut Baksi in Sweden and this action by Kesire led to a rift in the relationship between Kesire and Abdullah Ocalan.

Knowing the closeness between Kesire and Lamia, Öcalan had great doubts. Additionally: Şemdin Sakık, in his statement during Ergenokon, said that Öcalan saw Lamia as a Swedish agent. Öcalan was probably thinking about the harm that Kesire's betrayal to the Prime Minister would cause to the organization.

In 1987 information about a love affair between Lamia Baksi and one of the prominent members of the PKK Council Mustafa Yöndem (Code Name: Erdal) was revealed. For the organization, love consists of 'bourgeois ideology'. It is strictly forbidden. With the emergence of this event, Öcalan's hand became stronger.

Lamia and Erdal were brought to the Hakurk camp. They were interrogated. Lamia's spying and their relationship were questioned. The conclusion was reached: execution. They were executed by the famous executioner, Blind Cemal, along with 15 other terrorists (including high ranked ones) who were there for other convictions.

First time I heard this story.

In order to justify their open support for the terrorist organisation they have to hide and bury their crimes.

I am glad that we make it possible for more people to hear and see the true face of PKK.

PKK is one of the most powerful terrorist organizations in the world. Nobody should be deceived by the traditional ethnic clothing, the fancy words like "our only friends are the mountains" or the "humanist" women that are fighting for "better future".

PKK is extremely powerful and have the capability to strike everywhere in the Middle East and Europe. President Erdogan has a very suitable saying for them which is "The snake that you feed will bite you one day" and this is true. They were biting, they still bite and will bite in future.