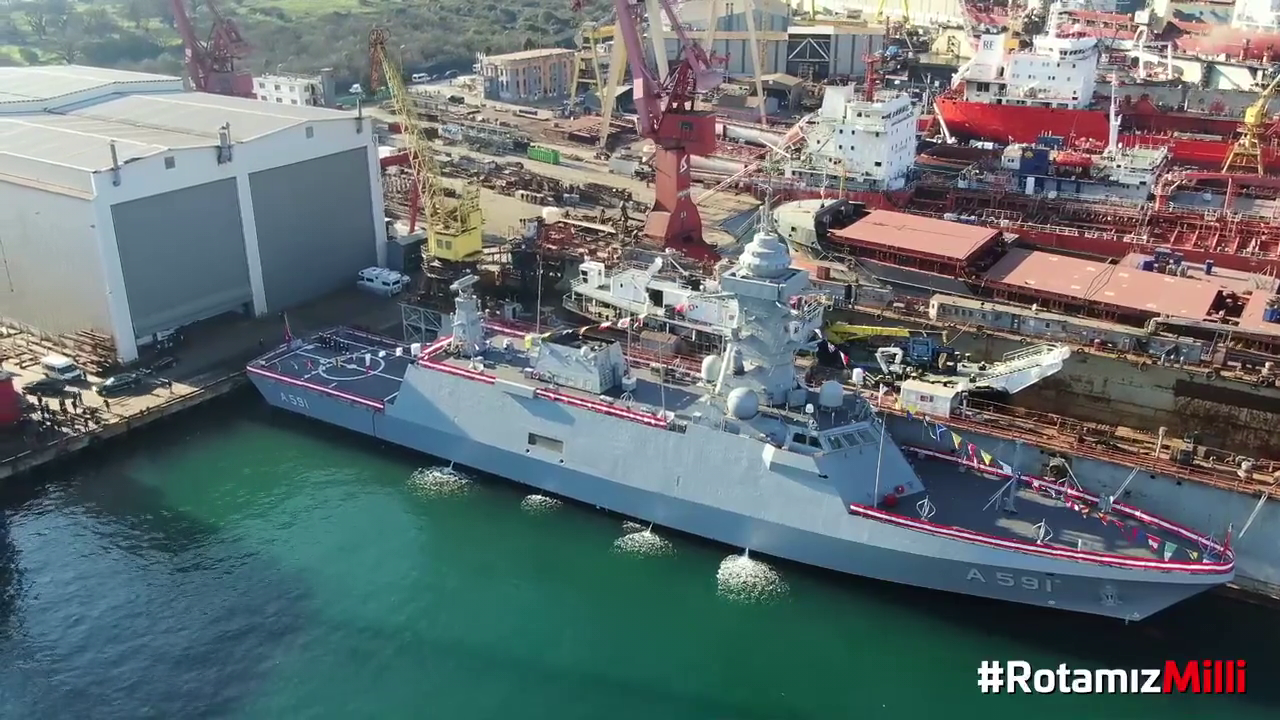 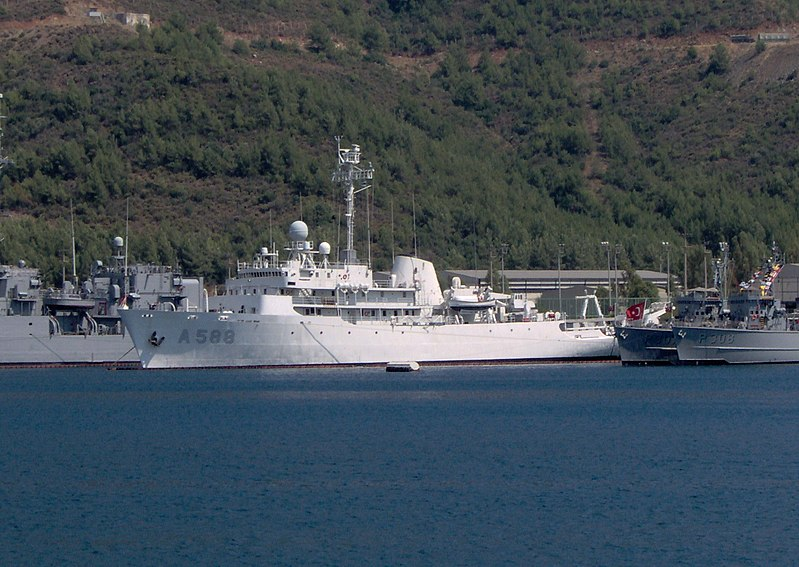 Picture of TCG Yunus is rare, and little information is retrieved from her service in West-Germany navy. 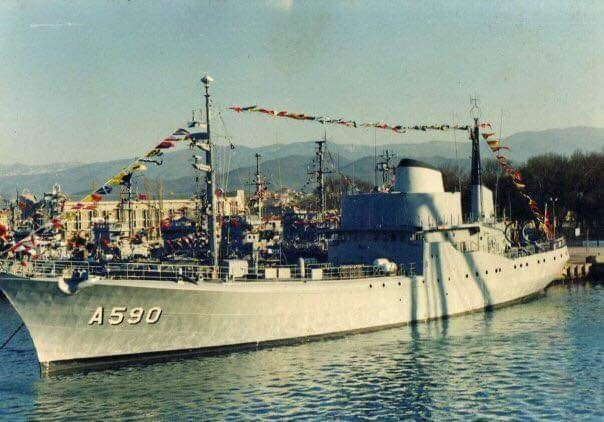 The project dates back to 2009-2010, first emerged in SSB's (then SSM, an under-secretariat within the Ministry of Defense) annual reports in evaluation of the feasibility phase. The ship's form then matured as requirements have settled and finalized after involvement of the MIT (National Intelligence Agency). In 2015-16 SSB has signed an agreement with STM for design and engineering jobs for the platform and granted main contractor title for the project in 2017. The ship's form first emerged, officially, in launching ceremony of the platform held in February 2019 in SNR Holding Istanbul Shipyard. 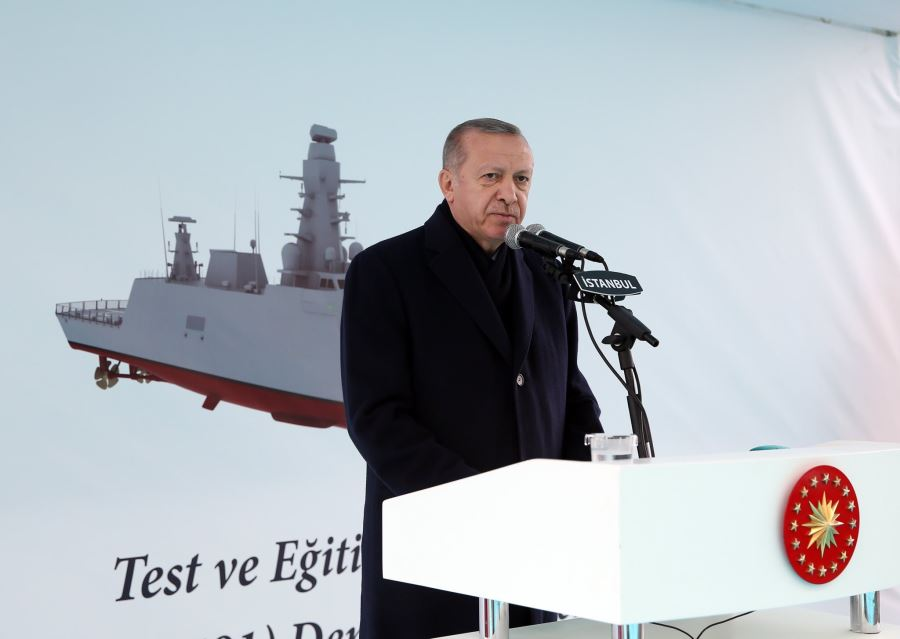 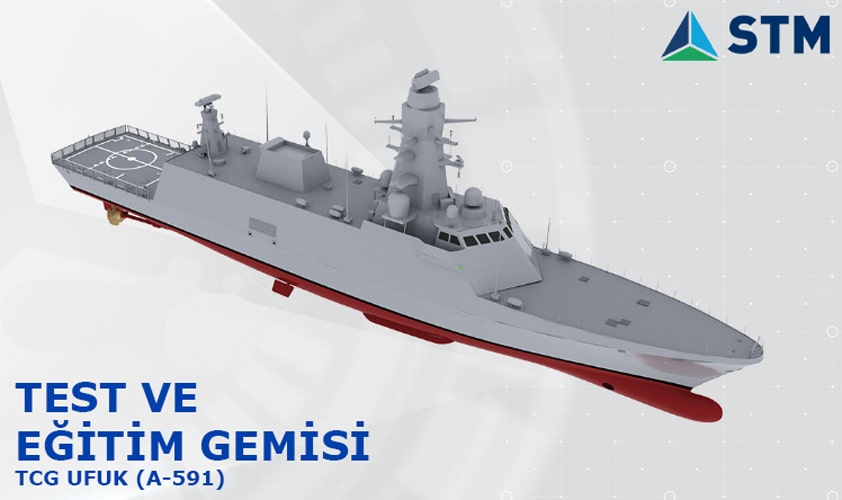 Earlier design of TCG Ufuk, note that the ESM-module is likely to be extended band in the earlier design as well. Source; STM

It was seen that the intelligence ship, officially given the title of "Test and Training Platform - TVEG in Turkish" and it was based on Ada-Class design. The difference that was caught at first glance was as follows;​
However, the information was scarce at those times and sufficient information was later obtained as Intelligence ship's final form has been revealed as the ship has set sail for the sea trials. At first glance the differences from the earlier, interim design was remarkable. The differences are given as follows;​ 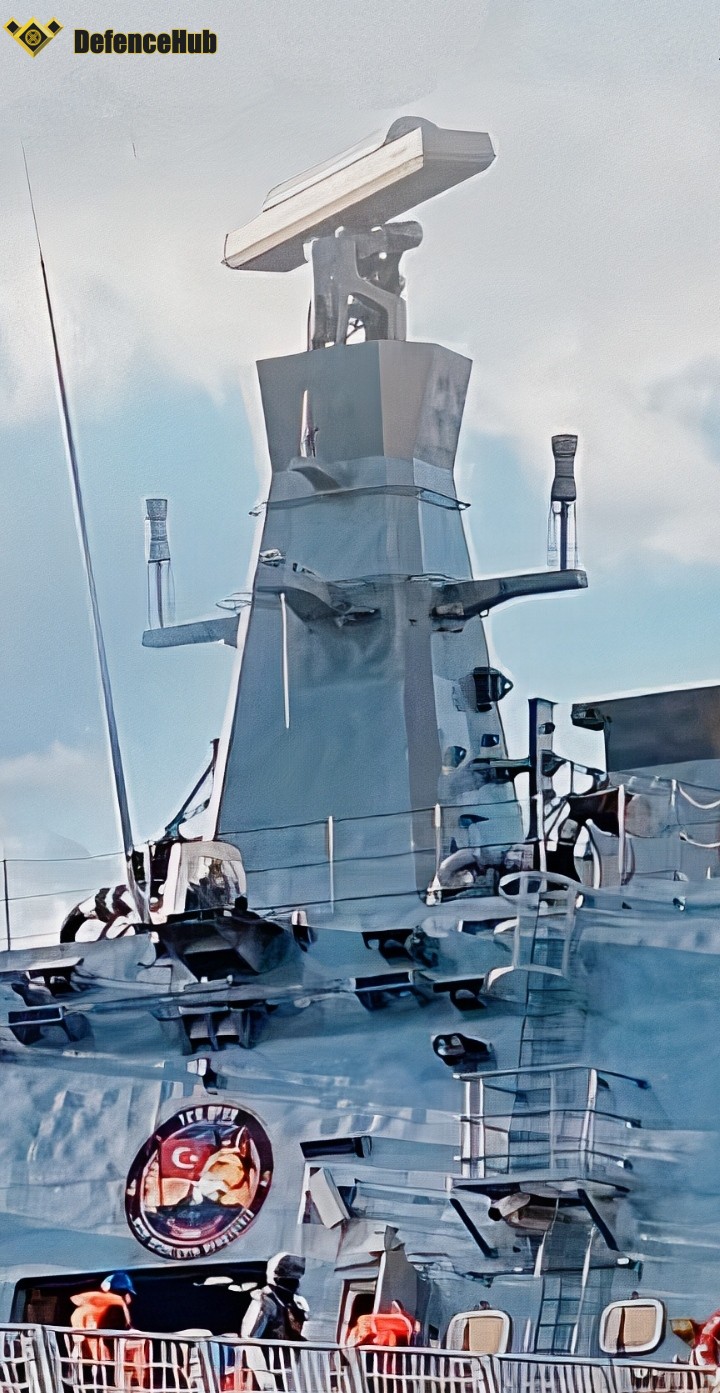 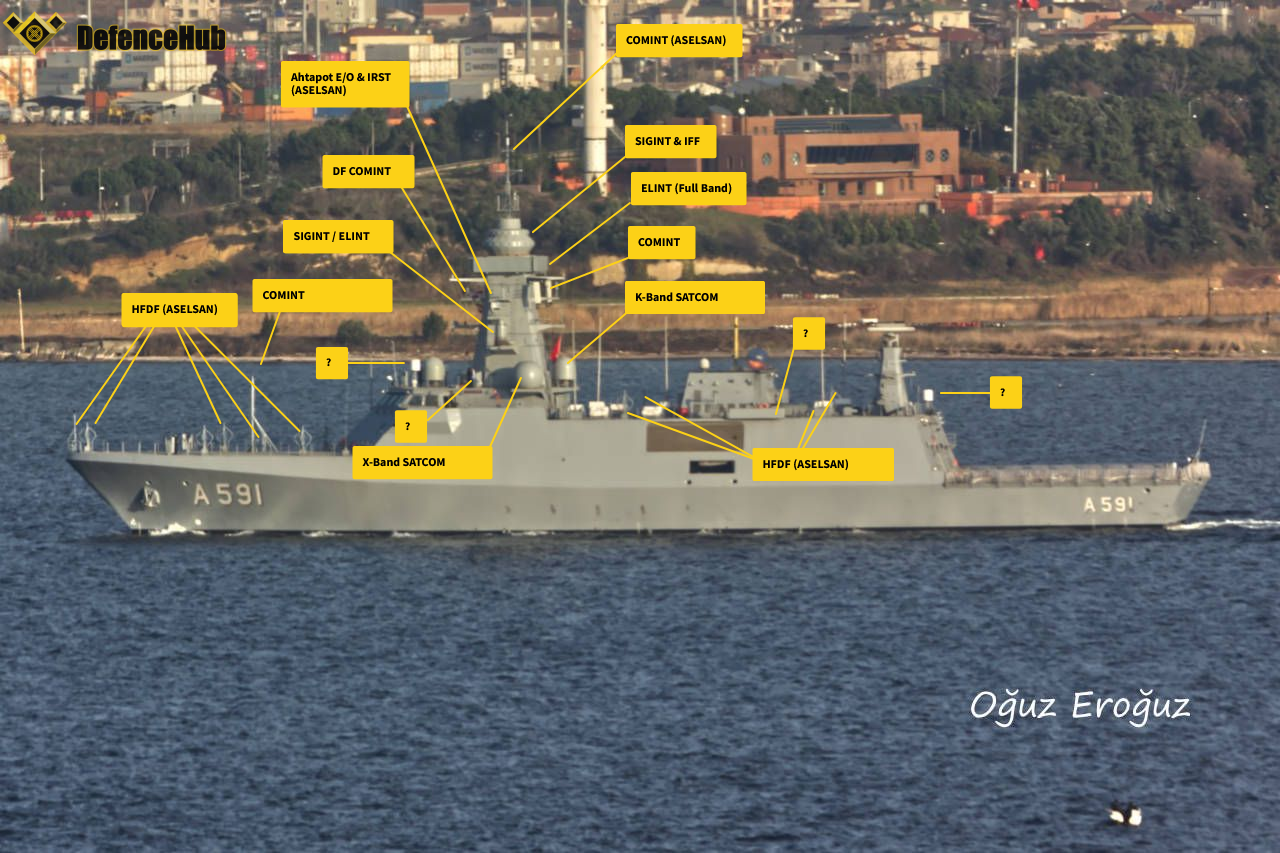 A look from afar during sea-trials of TCG Ufuk, original image by Oğuz Eroğuz, addition by forum.

It was unofficially known that National Intelligence Agency (MIT) was affiliated with this project but it has surfaced in the ceremony officially that MIT personnel will serve onboard. From here we can further deduce the MIT personnel will focus on COMINT (VHF/HF and cell phone communications as well as certain frequency bands of the SIGINT for crypto communications) while Navy personnel will focus on whole of the ELINT / COMINT / SIGINT for whole as well as surface and aerial surveillance by radar and IRST (Infarared search and tracking).

The main characteristics and duties of the platform are given as follows;​
Briefly, It is expected that TCG Ufuk will serve the following duties;​
From these mentioned aspects, it is safe to refer to TCG Ufuk as "Next Generation Intelligence Ship", it is also expected she is equipped with other systems that is not revealed to the public and the rest is up to imagination of the readers on what this ship is capable of, serving right in the middle of the Turkish Armed Forces and MIT. Note that the ship's sea trials was expected to be completed by 2020, however she had gone under a prolonged session of sea trials for testing and verification of the freshly developed and installed systems.​
Last edited: Feb 8, 2022
Click to expand...