Manomed said:
our soldiers are too busy showing of their positions via Tiktok.

Phones should be taken away pkk literally targeted a place where It was posted on tiktok seriously is sözleşmeli erler retarded enough to pull shit like this???
Click to expand...

I know overall the tsk does not allow it but I agree some idiots sneak in phones.

Rule and law has to be enforced. I have feeling its getting less enforced because this iron fist law and order approach is seen as old fashion just so they can attract kids into the army

Bombing civilians after failing to make progress is all to familiar

Although NASAMS could destroy russian fighters and old cruise missiles such as X-22(kh-22), The system will be efficient at least against Tochka-U or old Soviet tactical ballistic missiles?

If US supplied Ukranie with PAC-3, it would be great against İskanders/Ballistic missiles !

AlphaMike said:
Bombing civilians after failing to make progress is all to familiar
Click to expand...

they hit Kharkiv the second biggest city with missiles, minumum 5 people were killed.


Shopping Mall in Kremenchuk city was hit by Kh-22 missiles launched from TU-22 bomber. TU-22 was over Kursk region/porussia

Baykar will give for free the 3 TB2’s that were crowdfunded for Ukraine.

russians abducting Tatars and torture them to dead.

Terrorist country killed min 20 people ( too many heavily wounded) in Kremenchuk. KH -22's accuracy is 600m and they keep throwing those in order to create just a terror.

Edit: in lisichansk City the people who were waiting on line for water were hit. 8 died.

Currently Kharkiv city is under attack. There are 8 hits. Death toll will be clear tomorrow.
Last edited: Jun 27, 2022

HIMARS has entered War and this is result for one of targets
russian ammo depot and near command base were totally wiped out. There is just nothing there it is ALL GONE

After the disastrous attack on a mall center, russian diplomacy is trying to hide the guilt, as we could expect. Inconsistencies, false flag, provocation... Docens of journalists are in place recording all day without any clue about military hardware. RU channels are saying the target was a refinery 14 kms away .... acknowledging that their weapons now advertised on television are rubbish.


https://twitter.com/i/web/status/1541536082952585217
There is an important NATO summit this week at Spain where this acts could put some diplomatic grease and would result in more weapons to UKR and speed up already promised ones. 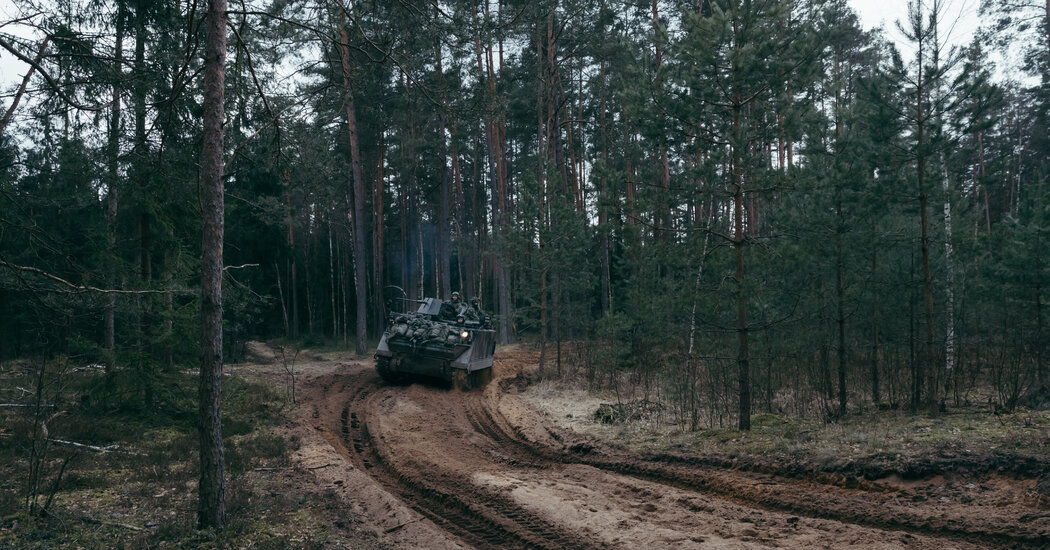 The alliance is supporting Ukraine’s defense against Russia with money and arms, but its summit in Madrid this week will involve some difficult talks, including about where to put troops.

Ukranian citizens are putting preasure on Zelensky but... as many years ago this kind of acts just reaffirmed the determination of the people to defeat the enemy.

Zelensky was invited to come and he confirmed hes appearance via videoconference but I wouldn't be suprised to see him in Madrid given the summit's importance.
Last edited: Jun 27, 2022

Ukrainian reliable media claim NASAMS is capable of engaging to İskander ballistic missiles. If it is true, an another RuZZian legend will die like Pantsir.

“Britain and its allies face their own 1937 moments. We must do whatever it takes to prevent a new world war.”

“Our armies must be constantly ready to deter Russia. Everyone must be ready to join the war.”

What we gonna do about this?
it is War crime against civilians.
The problem is we all see this over and over and over again.
Do we let this continue? or WEST help Ukraine to finish evil monster putin

The moment and result of the missile strike on the hangars in Kremenchug in Ukraine. Russian troops attacked the area of the Kremenchug plant of road machines "Kredmash" in the hangars of which, according to the Russian Ministry of Defense, foreign ammunition was stored. As a result of the missile strike, the blast wave from the detonation of ammunition damaged the Amstor shopping center located nearby, as a result of which a fire started there. Ukrainian media reported that the strike of Russian missiles was aimed at the Amstor shopping center in Kremenchug. But on the frames that you see, a crater from a rocket impact is clearly visible and it is located on the territory of the hangars of the Kremenchug plant of road machines "Kredmash".


The Russian Defense Ministry showed footage of the combat duty of the crew of the Nebo-SV radar and the combat work of the Buk-M3 air defense system. The calculation of the 1L13 "Sky-SV" radar station searches and detects targets and determines their nationality by sending a "Friend or Foe" request. Based on the results of the target's response, the radar crew makes a decision to destroy the target and transmits the data to the crew of the Buk-M3 air defense system. The detection range of fighter-type targets at high altitudes reaches 380 km, at low altitudes up to 65 km. The Russian radar "Nebo-SV" was put into service in 1986.


New weapons of Ukraine, mobile MLRS and machine guns. Recently, Aleksey Arestovich, adviser to the head of the Office of the President of Ukraine, said that a turning point would soon come at the front, but no one understood what he meant. Perhaps it was meant that new types of weapons would appear in the Ukrainian army, if I may say so about them. We have already talked about the homemade Ukrainian MLRS. Now the new MLRS installations have become more perfect, S-8 rockets are launched not from a trailer, as before, but from the body of a Mitsubishi L200 pickup truck. In addition, an installation with a large-caliber machine gun in a trailer is currently being tested, most likely this is the first prototype, apparently, it is still far from being put into production.

The Russian military medic notes the huge technical superiority of Western countries over Russia. He argues that Ukraine should disappear. He says that 42 states are fighting against Russia. He suggests shooting foreign volunteers on the spot so that they do not arrive in Ukraine. The technical superiority of Ukraine is many times in drones, drones with thermal imagers, video cameras are installed on trees, single soldiers and coordinates are visible on computers. The technical superiority of the West is greater than in the Crimean War.
He is angry with his colleagues, military Russian doctors. They are not visible at the front, they say that at the front only the work of an orderly and medical instructors. At the same time, 2 magazines on tactical medicine for special forces are published monthly in the West. He suggests shooting those who make mistakes. For example, the creators of the Armata tank, which was not put into mass production, and their family's property is being confiscated. That is, he offers methods much steeper than Stalin's. The word shoot suggests very often. He proposes to arrange a purge of the Russian power vertical, because all the floors of management are filled with scum.
A lot of Russian infantry losses. He considers thieves-embezzlers guilty of this. Therefore, he considers it necessary for the survival of Russia to massacre officials.
https://vk.com/roytv?z=video711300862_456239094/8aa4f83456ee0bbed5/pl_post_711300862_7850
Last edited: Jun 28, 2022

“Britain and its allies face their own 1937 moments. We must do whatever it takes to prevent a new world war.”

“Our armies must be constantly ready to deter Russia. Everyone must be ready to join the war.”
Click to expand...

Where were they when Russia expanded into Moldova, Chechnya and Georgia before Syria and Ukraine?

Because nobody gave a shit if Russia expanded in its own backyard as long as it did not clash with natos interests.

Now people are acting shockex with Russia attacking Ukraine. Russians have made it clear so many times thay want their old lands back along with dozens of warm water ports.