Good initiative this and the modernization of the irrigation systems.

Now if we could teach the citizens and farmers to safe water too that would be nice. No more hose on the field in the morning, water on and off in the evening.
L

Solar panels may be installed on lakes to reduce evaporation​ 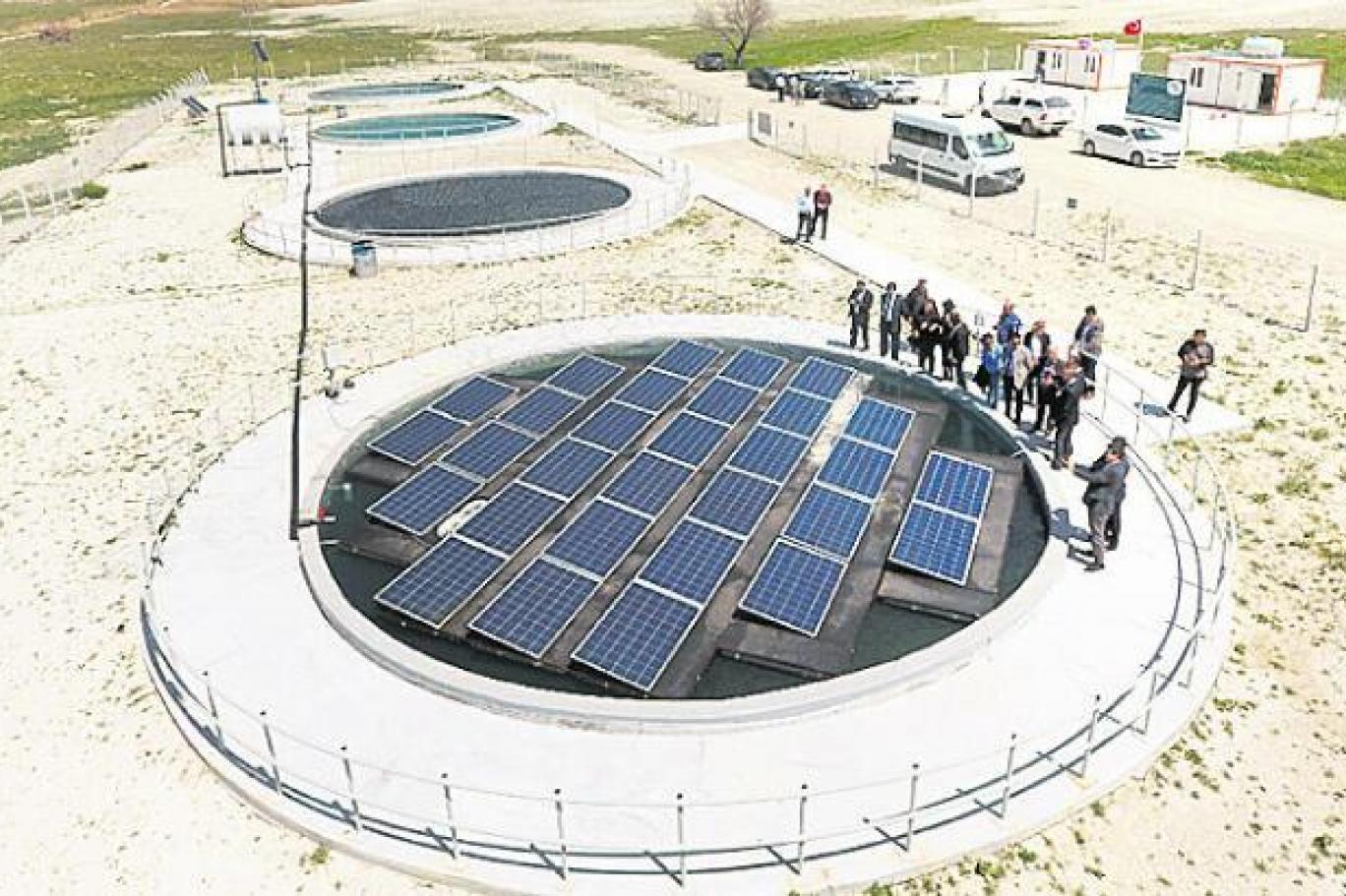 Turkish authorities are planning to install solar panels on lakes and dams to prevent evaporation as some of the major lakes in Anatolia are under the threat of drought due to reduced precipitation levels resulting from global warming.

The Agriculture Ministry as well as the General Directorate of State Hydraulic Works (DSİ) are chalking out plans to save the country’s water resources, as soaring temperatures have aggravated not only evaporation and led to insufficient precipitation but is affecting both agriculture and human life.

Determining that unconscious use of water resources, wrong irrigation and drainage practices, as well as evaporation, cause serious water loss, authorities prepared a four-option project in line with a program centered on Lake Burdur in Turkey’s southwest.

Four pools were created on Lake Burdur, one with shade balls and the other with floating solar panels. One of them was chosen as a control pool, and a mixture containing chemical substances, defined as a monolayer, was placed in the last one.

Precise measurements made as a result of the three-year study revealed some pleasing findings.

However, the study noted that although shade balls helped in saving water significantly, the treatment plants have to be raised to a higher standard if used as drinking water sources, requiring serious financial resources and investments.

Emerged as a result of the examination of the floating solar panels, the findings revealed that the organic matter phthalates were transferred to the water in large quantities.

The panels should not be installed on the surface of drinking water sources, but there is no harm in installing them on irrigation water or recreational areas, experts noted.

For this purpose, a feasibility study was conducted for the 14-square-kilometer surface of Lake Burdur. It was concluded that when the surface of the lake is covered with solar energy panels, it led to 5.2 million cubic meters of less evaporation than would normally occur, thanks to the panels.

According to the energy production system implementation calculations, annual electricity production of 2.4 gigawatts and an income of 2.8 billion Turkish Liras ($331 million) were calculated.

If the ministry expands the pilot project, floating solar panels will be installed on 200 natural lakes, 822 dams and 507 ponds that are not used for drinking water.

This initiative aims to reduce the effects of water loss and drought as well as to generate billions of liras worth of electricity.

Global climate change is the main culprit in the drought that has hit the already arid water resources in Anatolia hard. Lakes shrink day by day, posing a considerable threat to agricultural irrigation. 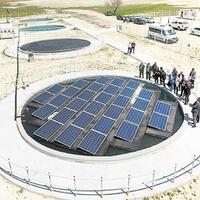 Turkish authorities are planning to install solar panels on lakes and dams to prevent evaporation as some of the major lakes in Anatolia are under the threat of drought due to reduced precipitation levels resulting from global warming.

When will they begin installing solar panels in huge quantities?

Lool said:
When will they begin installing solar panels in huge quantities?
Click to expand...

I am not sure when it'll begin, but IMO another solution should be looked upon at the end point of rivers that run into Sea. If we have exessive elecricity to use pump water through pipelines to lakes and such. (of course should be run through treatement facilities first).

Turkey to modernize irrigation system, farming to save water​ 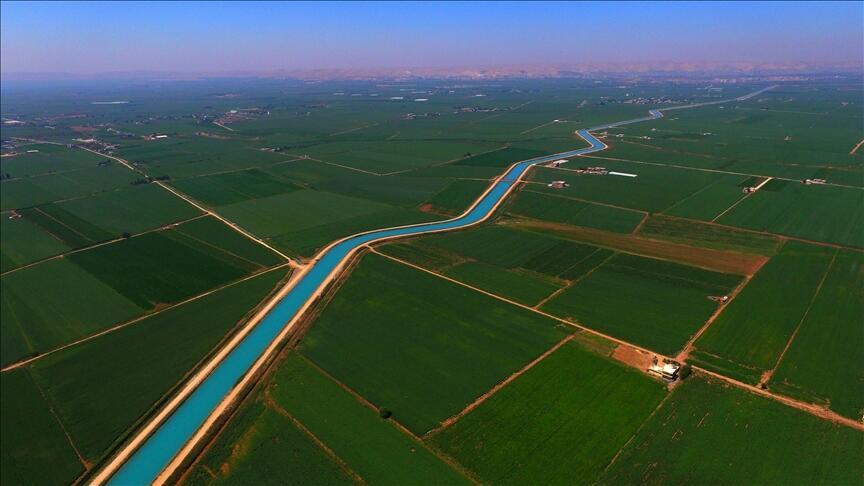 
Water use in agriculture is being rearranged in order to reduce the negative effects of climate change and drought, a statement from the Ministry of Agriculture and Forestry quoted Bekir Pakdemirli as saying.

Models are being created to reduce groundwater use and increase the production of plants that consume less water, the minister underlined, adding products that are suitable for the climatic conditions of the regions and consume less water will be encouraged.

“With the completion of important infrastructure works in irrigation, such as in-field development services, and a transition to closed irrigation systems, a very high level of saving will be achieved in irrigation water, he said.

“Irrigation management technologies for the effective use of water in agriculture will be given priority in the future. The more we prioritize technology and innovation, the faster we will secure our future,” he concluded. 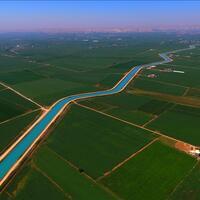 Well, as long as it doesnt end up like earthquake modernization...

I think the end of the river where the water runs into the sea should be utilized and the water should be collected/redirected where possible.

Saithan said:
I think the end of the river where the water runs into the sea should be utilized and the water should be collected/redirected where possible.
Click to expand...

This is a major interference into ecological system.$
Look up history of aral sea, soviets diverted the rivers feeding it which brought prosperity in short term but not the countries in central asia are suffering long term consequences now.

Semih Kuloğlu (31), who set fire to 3 places in the Sorgun forest, around which there are 5-star hotels, in the Manavgat district of Antalya, and was caught while he was setting fire to the 4th, was arrested on the charge of 'deliberately burning a forest'. His expression left their mouths open.​

At the Titreyengöl Tourism Center of Manavgat, teams were sent to the region after seeing the smoke rising from the 350-hectare Sorgun forest, which has 404 plant and 223 wildlife species, 30 tourism facilities and 18 thousand beds, at around 09.00 yesterday. In addition to the fire fighting helicopter, Manavgat Forestry Operations Directorate and Antalya Metropolitan Municipality Fire Department intervened in the flames. While the teams were intervening in the burning area, 2 more fires broke out in a row.

Forest officers and gendarmerie teams conducting research in the forest caught the person who was trying to start a fire at the 4th point red-handed. While Semih Kuloğlu, who was taken into custody, was taken to the gendarmerie vehicle, the people around also reacted. Semih Kuloğlu, "Why are you burning here?" He replied, "I am burning my house". Kuloğlu, whom the crowd attempted to lynch, was put in the gendarmerie vehicle and taken to the police station.


'My PURPOSE WAS ATTENTION'​

In Semih Kuloğlu's statement, “After my house burned down on September 1, I started staying outside. I have been living in Sorgun pine grove for a week. On September 14, I lit a fire to warm up at night and did not put out the fire until noon. I left the fire without putting it out. From there, I went to the district governor's office and said that my house was on fire and I was going out of the city, and I received 200 TL of help. With this money, I went to Ankara and stayed for three days.