Bogeyman said:
There is no obstacle to tactical nuclear missile firings. It's the symbolic message that matters. A few KN nuclear bomb wouldn't hurt the Russians.
Click to expand...

No no no. İt would hurt %1000.
Here topographic map is flat. There are no geographic walls to save Russians.
However remember Chernobyl disaster even in Türkiye cancer disasters skyrocketed.


While nuclear plants use 3-5 %enriched nuclear fuel, a nuclear warhead which consists of 90% Enriched pure uranium is not a joke.

UkroTurk said:
No no no. İt would hurt %1000.
Here topographic map is flat. There are no geographic walls to save Russians.
However remember Chernobyl disaster even in Türkiye cancer disasters skyrocketed.


While nuclear plants use 3-5 %enriched nuclear fuel, a nuclear warhead which consists of 90% Enriched pure uranium is not a joke.
Click to expand...

UkroTurk said:
If this approach prevents the war ,why not? US won't bring missiles in to Ukraine, but European countries will supply weapons to Ukraine . Sounds not bad. With this approach Ukraine still could be a NATO member. Let's see.
Click to expand...

Are you trust on sneaky and weak partners like FR and GER.

Bogeyman said:
There is no obstacle to tactical nuclear missile firings. It's the symbolic message that matters. A few KN nuclear bomb wouldn't hurt the Russians.
Click to expand...

One of the stupist thing I have ever read on internet.
T 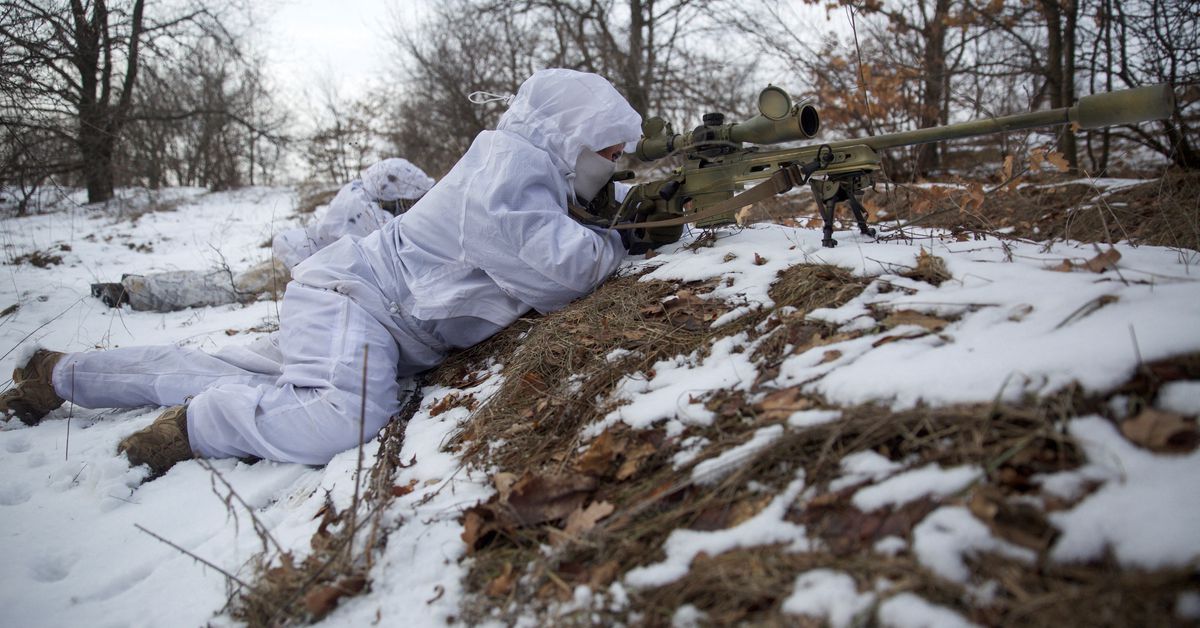 U.S. President Joe Biden predicted on Wednesday that Russia will make a move on Ukraine, saying Russia would pay dearly for a full-scale invasion but suggesting there could be a lower cost for a "minor incursion."

Russia to hold major navy drills involving all its fleets​

Russia announced on Thursday its navy wouldstage a sweeping set of exercisesinvolving all its fleets this month and next from the Pacific to the Atlantic, the latest show of strength in a surge of military activity during a standoff with the West.

The drills will take place in the seas directly adjacent to Russia and also feature manoeuvres in the Mediterranean, the North Sea, the Sea of Okhotsk, the northeast Atlantic Ocean and the Pacific, it said.


They will draw on 140 warships and support vessels, 60 planes, 1,000 units of military hardware and around 10,000 servicemen, the Ministry of Defence said in a statement.

Russian military moves are being closely scrutinised as a troop build-up near Ukraine and a volley of hawkish rhetoric have rattled the West and sparked fears of a looming war. Moscow vehemently denies any plan to invade Ukraine.

In a video posted on Facebook, the ministry showed its Pacific Fleet's newest diesel-electric submarine test-firing a Kalibr cruise missile at a land-based target from an underwater position in the Sea of Japan.


The missile struck a coastal target in Russia's far eastern Khabarovsk region from a range of more than 1,000 km (620 miles), it said. 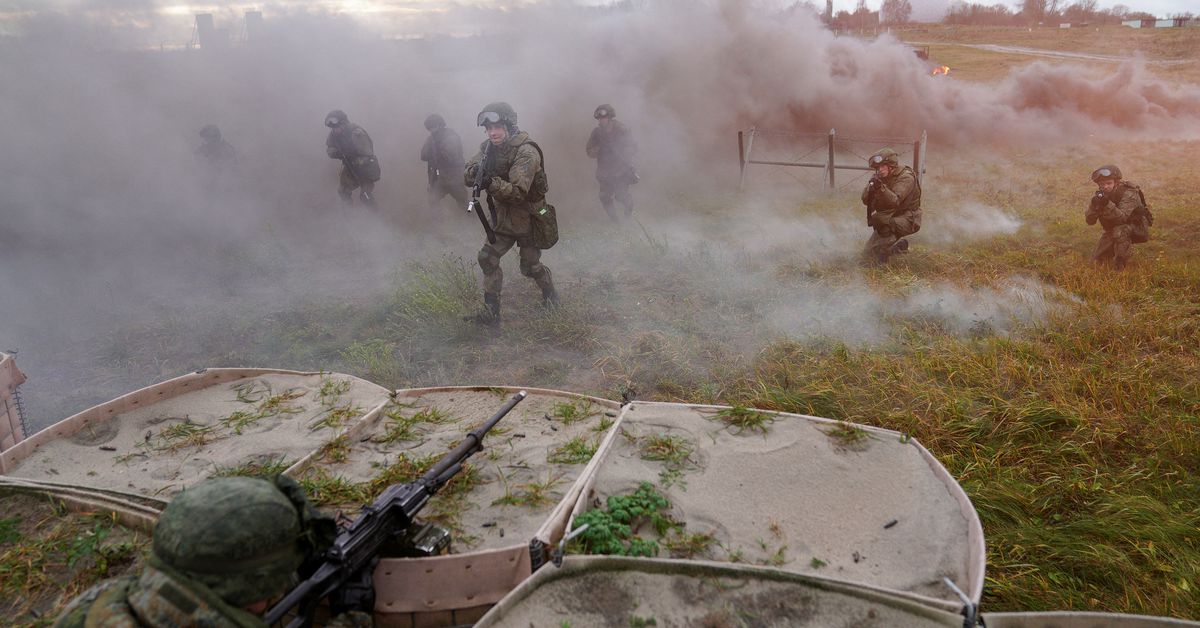 Russia to hold major navy drills involving all its fleets

Russia announced on Thursday its navy wouldstage a sweeping set of exercisesinvolving all its fleets this month and next from the Pacific to the Atlantic, the latest show of strength in a surge of military activity during a standoff with the West.

No worries, there is a democracy in the USA vice versa autocracy.
Democratic institutions rule the country while management of the country is not bounded by mental health of one person like in some Asian countries!

That's why they have real parliament, Congress and real courts. It's a culture of democracy.
T 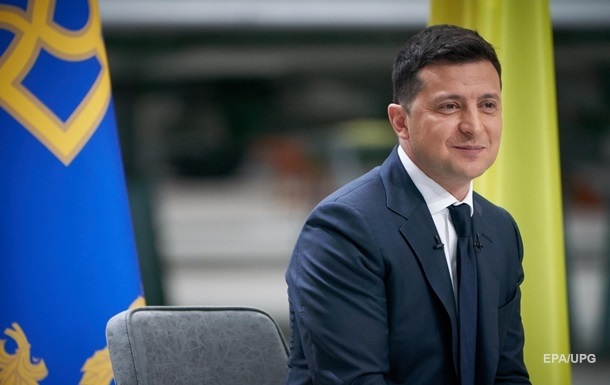 Zelensky calls on the US to impose sanctions on Russia before Ukraine loses all territory.

Since the beginning of Joe Biden's presidency, US military support for Ukraine has grown, the main task is to preserve the country's territory, Ukrainian President Volodymyr Zelensky said in an interview with The Washington Post.

“I think that the military support from the Biden administration is stronger than it was before. Whether it is sufficient, I would not say, but this is not about a specific American president. We are facing a hybrid war. We are being attacked: military attack, cyber attacks and energy attacks "Zelensky said.

At the same time, he did not answer the question of what kind of weapons were provided, and what else Ukraine would like to receive from the United States.

Zelensky once again announced the need to impose sanctions against Russia before the possible start of military aggression.

"Today our partners say that tomorrow a war could start if there is a powerful escalation from the Russian side, and then powerful sanctions will be applied. But if we are talking about the sanctions policy and the likelihood of escalation, then the question is why you do not impose sanctions now, but wait escalation?... As a country that is building a strong economy and reforming, I support the imposition of sanctions now. I asked one leader: "Why do you support sanctions against Russia in the event of an invasion of Ukraine? Why do you need sanctions after we lose the entire territory of Ukraine?” the Ukrainian president asked.

He noted that it is highly likely that the sanctions imposed after the outbreak of hostilities will not deter further Russian aggression.

“Sanctions are considered a preventive tool because they can be applied and then lifted. If there is a Russian invasion, will you impose strong sanctions after we may have already lost some territory? When you impose sanctions, what will Russia do? ... on you they will look and say: “Listen, we can deal with this, we can continue as it was.” I think this is wrong,” Zelensky said.

He also recalled his proposal to meet with the Presidents of the United States and Russia. "Let's have a dialogue with Russia. I ask the United States to help us find a format. We support dialogue; we are against war," he said.

“If we are going to defend against one of the most powerful armies in the world, then it will be a war. And if it is a war, then it will be a very large-scale war, and everyone will lose. Hundreds of thousands of lives will be lost. Ukraine will suffer; Russia will suffer; neighboring countries will suffer European countries with Ukraine, and those who are further away will be affected by the migration crisis. For us, the most important thing is to preserve our territory," Zelensky added.
T 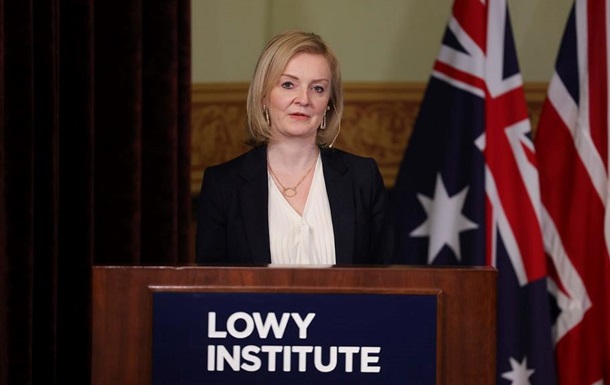 The British Foreign Secretary said Ukrainians will fight to defend their country, and Russia will get a "new swamp" comparable to the war in Afghanistan or Chechnya.

British Foreign Secretary Liz Truss warned Russia that in the event of an invasion of Ukraine, the Kremlin will get a war comparable to the campaigns in Afghanistan or Chechnya. She stated this at the Sydney Lowy Institute, reports on Friday, January 21, the website of the British government.

Truss noted that the Kremlin has not learned the lessons of history. Ukraine is a proud country with a long history. It has faced numerous invasions, starting with the Mongol-Tatar one, survived the Holodomor - and its level of resistance is high.

"If they have to, the Ukrainians will fight to defend their country. The invasion will be sucked into the terrible swamp that we know from the Soviet war in Afghanistan or the conflict in Chechnya," Truss said.

The head of the British Foreign Office also believes that Russia is dreaming of restoring the Soviet Union or something like "big Russia".

I think being fooled into Russian games like this on Ukraine is kinda waste of time. I think it's more important to make countermoves and have everything in place to be more important.

First thing to do if Russia invades Ukraines is accepting Finland and Sweden into NATO. Have these cards up and ready flash them daily, make sure Russia knows what the consequence is going to be, and make sure they understand that it's not a bluff.

Then you can do your rapid deployment blahblah blah.

I'd also work on destabilizing Belarus. Pity he wasn't disposed of during the unrest.
T

Saithan said:
if Russia invades Ukraines is accepting Finland and Sweden into NATO.
Click to expand...

Hell no , what about people who live in Ukraine. We don't want to be invaded

UkroTurk said:
Hell no , what about people who live in Ukraine. We don't want to be invaded
Click to expand...

I understand that, and I don't want Ukraine to be invaded either, but playing the Bears game is not a solution. Russia is using the potential Ukraine membership to NATO as an excuse, make a counter where 100% certainty Finland and Sweden joins NATO if Russia invades Ukraine. Once Those Scandinavian countries join NATO the russian phobia of "keep NATO away from me, will blowup like a balloon.

I heard a danish podcast about how Sweden has heavily fortified and armed Gotland, and they're arming up like crazy compared to the past. Swedes are expecting Russian aggression more and more. While Denmark is oblivious to the dangers because of NATO.
T 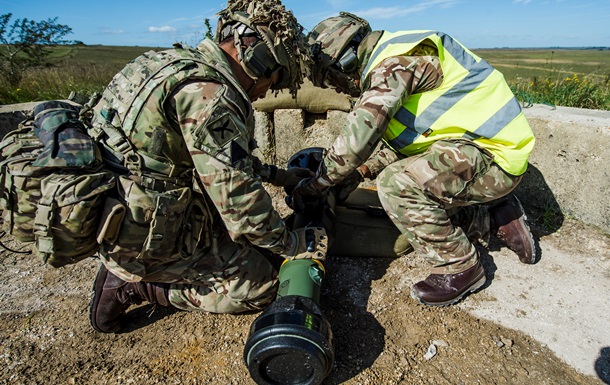 Following the delivery of one of the best anti-tank systems in the world, the UK sent instructors to Ukraine to train the military personnel of the Armed Forces of Ukraine.

London continues to help Kiev resist Russian aggression: after the delivery of two thousand units of anti-tank weapons, elite fighters went to Ukraine - instructors who will teach our military to use new equipment. British reconnaissance aircraft have also been spotted as part of a quiet but visible build-up of British support for the Ukrainian Armed Forces. Correspondent.net tells the details.

A group of about thirty elite British military personnel arrived in Ukraine. Instructors will train the Ukrainian armed forces to handle the new anti-tank weapons supplied by the UK amid fears of a new Russian invasion, Sky News reports.

Members of the Ranger Regiment, part of the Army's newly formed Special Operations Brigade, flew out on military planes, which have also flown a total of about 2,000 anti-tank rocket launchers into the country over the past week.

Actually, I am worried for Ukraine. Neither NATO nor USA will support them against Russia. In fact, it's also a test for NATO. If NATO cannot show a resistance to Russian expansionis policy, unfortunately it will continue with ex-Soviet countries. Then NATO will lose its trustworthiness.
A

Rejecting Ukraine membership and leaving it alone to face the Russians is a foolish move. If Ukraine flipped, and Kiev is ruled by Russian controlled entity, then Europe should expect a larger headache compared to that of Belarus.